Can You Learn Guitar Fretboard In 10 Minutes? 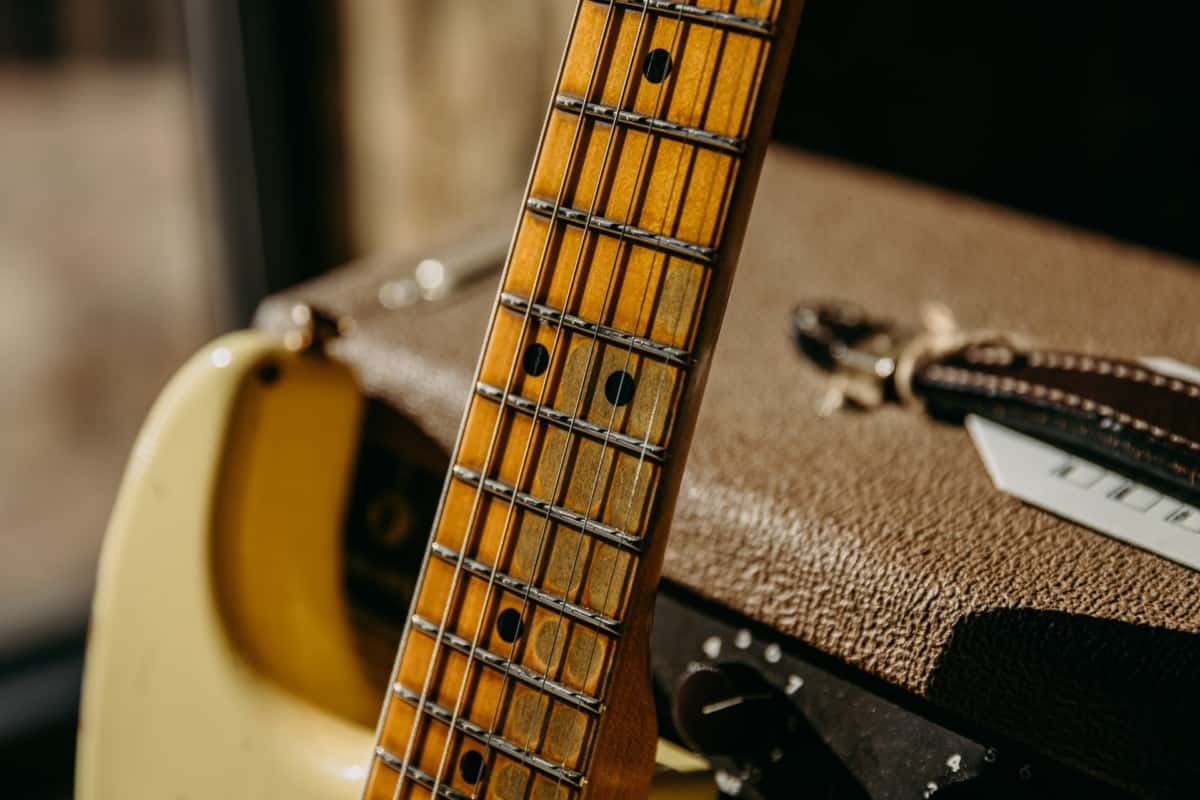 Everybody wants to learn how to play guitar creatively and know where every note is in the fretboard; some programs are ambitious, promising you such achievement after 3 months, 1 month, even 3 weeks. Let’s get even more ambitious: how about 10 minutes? Is it possible to explain the fretboard basics in 1/6th of an hour? Can you learn your way around the guitar fretboard in 10 minutes? Let’s give it a shot!

The fretboard, in layman terms, is the long piece between the headstock and the body of the guitar. It’s where your left hand will make magic happen (or your right hand, if you’re a lefty). Across its length, you will find metallic bars called frets, which serve to mark in the exact places where notes can be distinguished from each other. For instance, if you press down with a finger in the space between the headstock and the 1st fret for your E string, the string will make contact with the fret, and you will obtain as an outcome an F. Move your finger to the space between the 1st and 2nd frets, and you will get an F#.

From this, we learn two things: first, frets differentiate notes by half-steps in the melodic scale. And second, these notes are fixed by the contact with the fret, helping us get the same note frequency consistently. Unlike fretless instruments, in which you have to memorize the places for each note but have more leeway to play ‘blue notes’, which are the frequencies between the notes we are used to.

As stated above, frets are numbered, starting from the closest fret to the headstock (1st fret) to the closest fret to the bridge. The number of frets can vary; 19 is a standard for classical guitars, and electric guitars are made with 21 to 24 frets. Frets reflect sound frequencies: as the pitch elevates, it means the frequency waves are shorter; therefore, the distance between frets shortens as we get further and further from the headstock.

Alright but, how can I find notes in the fretboard?

Every string, when pressing behind the 12th fret, will produce a note an octave higher than the original, open sound of the string.

Every string, when pressing behind the 5th fret, will produce the same note as the next open string in standard tuning. Except for the 3rd string (G), which needs to be pressed behind the 4th fret for this to happen. This property is useful to tune your guitar because you can contrast one string to another and get them relatively close.

Also, for strings E, A, B, and e, when pressing behind the 10th fret (9th fret for chords D and G), you will produce the same note as the open string 2 strings from that one. For instance, when pressing behind the 9th fret in E, you will get the sound of an open D. Knowing this, here’s a challenge: How many Es, regardless of the octaves they’re in, can you find in your fretboard? (right now I’m holding a classical guitar, and I’m counting 11 different placements in the fretboard for E, what about you?)

Harmonic tones in the guitar

Guitars usually come with ornamental marks behind the 5th, 7th, 9th, and 12th frets. These can be used as a memory aid but, beyond that, there is something very special about the 5th, 7th, and 12th frets. If you place your finger on the string on top of any of these frets (without pressing down on it, just enough to lightly feel the string in your fingertip) and pulse or pick the string near the bridge, you will produce a very clear and long note that sounds like it’s coming from a glass. This sound is called a harmonic. What’s interesting about harmonics, besides their interesting properties, is that they allow us to keep our guitars tuned by relative tuning. This is possible because the harmonic tone of the 5th fret mirrors the harmonic tone of the 7th fret down to the next string.

If you’re taking your E string as a tuning reference, this means you will have to adjust your A string on the headstock. This fine-tuning and the particular harmonic sound is also used in many songs because of its uniqueness!

Playing around with notes in the fretboard

Let’s take the major scale of C as a starting point. If you follow these instructions closely, you will be able to play it:

This exercise can be the basis to learn note placements! Try repeating it by using a capo a couple of frets up; you’ll get different major scales. That will help you to get an idea of where every note is in standard tuning. You can also go for different scales, practice with a metronome by getting each note on top of a beat or doing this exercise in reverse.

Do you think you got it in 10? I think I have a better idea. Let’s take this 10-minute theme into daily practice: take 10 minutes daily to perform this exercise (or a modified version), and you’ll be flying through the fretboard with ease! Remember, instant recall of every note only comes by effort and repetition.