How To Learn Power Chords On An Acoustic Guitar 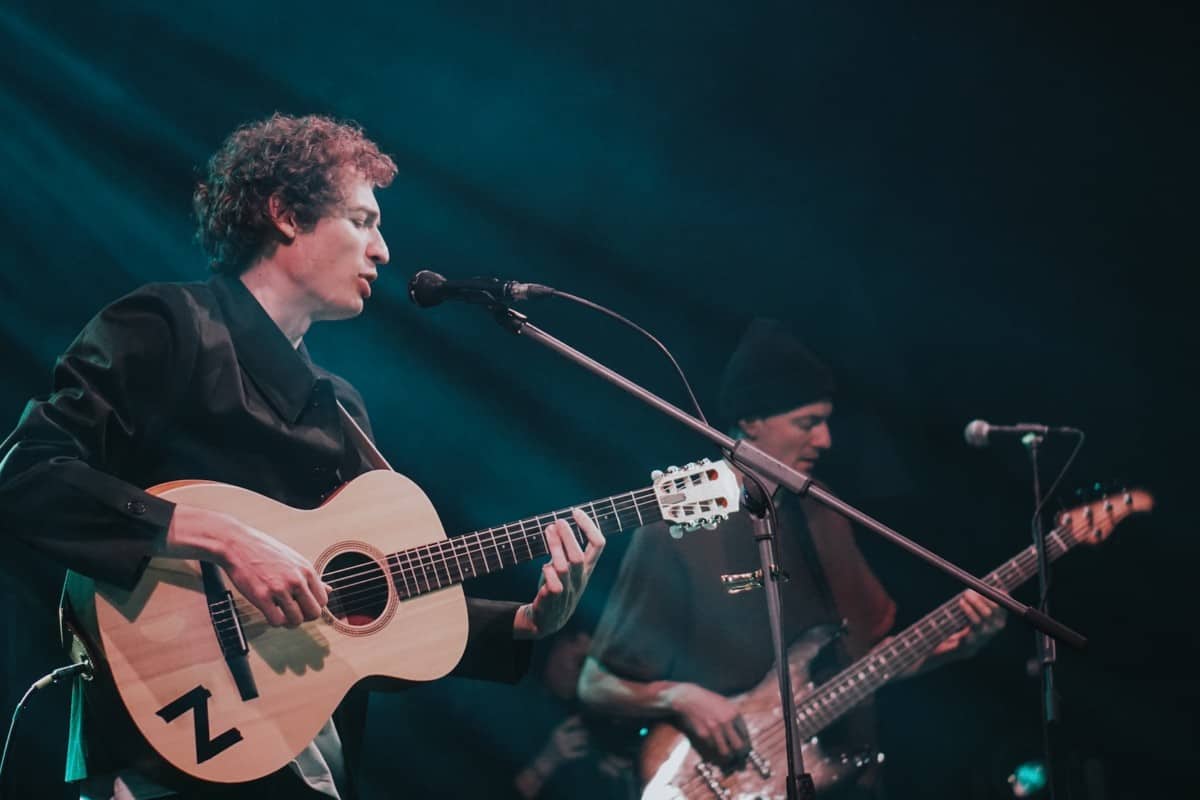 Do you think that the sound of an acoustic guitar is too mellow and tame to play heavy rock songs? Think again. Do you want to increase your versatility as an acoustic guitar player? You’ve come to the right place! In this article, we will show you how to learn power chords on an acoustic guitar. You will learn several types of power chords along with techniques and tricks that will help you sound like a true rockstar without needing an electric guitar!

What are the power chords?

Power chords are regular chords without its 3rd note. There is only the base (1st) note and the 5th note in its scale. This is why they are commonly noted with a 5 after the base note. The power chords are arranged in a way that sounds neutral to the scale they’re in, regardless of whether the chord should be major or minor. This makes them very useful in situations where the common association of major and minor chords to “happy” and “sad” respectively come second to the main intent in the music. This is the case for many rock songs, which make extensive use of these chords. Since they are usually played using the bass strings, they have a bold, powerful sound. Therefore the name “power” chords.

Why learn power chords on an acoustic guitar?

There are two key reasons for learning power chords in an acoustic guitar:

For this one, you will need only the E and A strings. You will need to place your fingers in the fretboard 2 frets apart from each other, with the finger in the E string nearest to the headstock. Imagine you’re going to play a barre chord, except you will be just placing your 1st finger in E and your 2nd finger in A, 2 frets down. For example, the power chord for A (A5) would be:

This finger position can be taken up or down the fretboard. It can even be made with different strings. For example, the following would get us another A5, albeit in a higher octave:

Once you practice and relate it to the position of notes in the fretboard, you can also play a 3-string version of this chord, like so:

This power chord is called inverted because the root note for the chord is not its tonic. Therefore, the positions for the 1st and 5th notes are changed. This one can be seen as a simpler variation of the first, and it involves the use of 3 strings. In this power chord, strings E and A will be at the same fret level, with the D string 2 frets (or a whole-step) down the fretboard. For example, D5 would be:

You can even add a fourth string to this inversion, resulting in:

However, if we remove the E string, we obtain a regular 5th. Notice how the finger position is the same:

Power chords with an added 9th are great because it sounds like two regular power chords stacked on top of each other. This power chord is no challenge if you have relatively long fingers.

This is another simple yet colorful modification from the basic chord. We will use a minor 6th instead of a 5th, giving you a “mysterious” sound. We will only need to place our 2nd finger one fret further for this power chord.

Power chords and palm muting on an acoustic guitar

Palm-muting is a technique that allows you to accent chords more, creating different rhythms even when your strumming pattern is plain as 1 or 2 downstrokes per beat. This will give your acoustic guitar a great grungy sound without using any kind of distortion or sound processing! Learning this technique is a great way to realize that acoustic guitar is way more versatile than we think. Let’s give it a shot.

Now that you have an idea of how open power chords sound like let’s try with palm muting. Place your right hand (or left hand, if you’re a lefty) right where the strings meet the bridge, in a way that still allows you to use your pick comfortably while touching the strings without muting them completely.

Next, let’s try combining open and muted strokes. Let’s emphasize the first beat in the bar with a non-muted chord. To play open strokes, release the pressure you’re applying with your palm but keep it close to mute again when it’s needed.

Now that you’ve mastered the basics, we can get a bit more creative with the combinations of open and muted sounds. Try the following:

Alright! It’s your turn to experiment with more palm muting patterns and try them in your favorite songs.

There are some ways to tweak our strings so that we can play power chords effortlessly. Let’s look at the two simplest alternate tunings for power chords.

A quick way to play easy power chords is by dropping the E string a whole-step (2 frets), obtaining a natural D when played open. This means that we can make power chords by barring the three bass strings in our guitar since our tuning would look like:

So, since we start naturally at D5, to get A5, we would barre (or place three fingers) in the 7th fret.

This is a special tuning used in traditional Celtic music and some folk and alternative rock songs. This tuning is achieved by doing the following:

This means that from:

These strings, when played open, sound like a D power chord with an added 4th (the G note). We can leave this 4th or put a finger in the 2nd fret of the G string, resulting in a D5 all across your strings. Maintaining this position, you can move down the fretboard for different notes. For instance, A5 in this tuning would be:

There is a common element in these two tunings: the strings are tuned by dropping instead of raising. Technically we could tune upwards from the standard tuning to something like the following:

There is a major disadvantage in raising the strings too much, though. Techniques like bending and pull-off can become increasingly difficult due to the added tension. What’s more, the nylon strings commonly used in acoustic guitars tend to snap if excessive pressure is exerted on them. This is not particularly dangerous, but it sure could mean a lot more trips to the music store to buy more strings (and having a string snap while you’re playing is very scary).