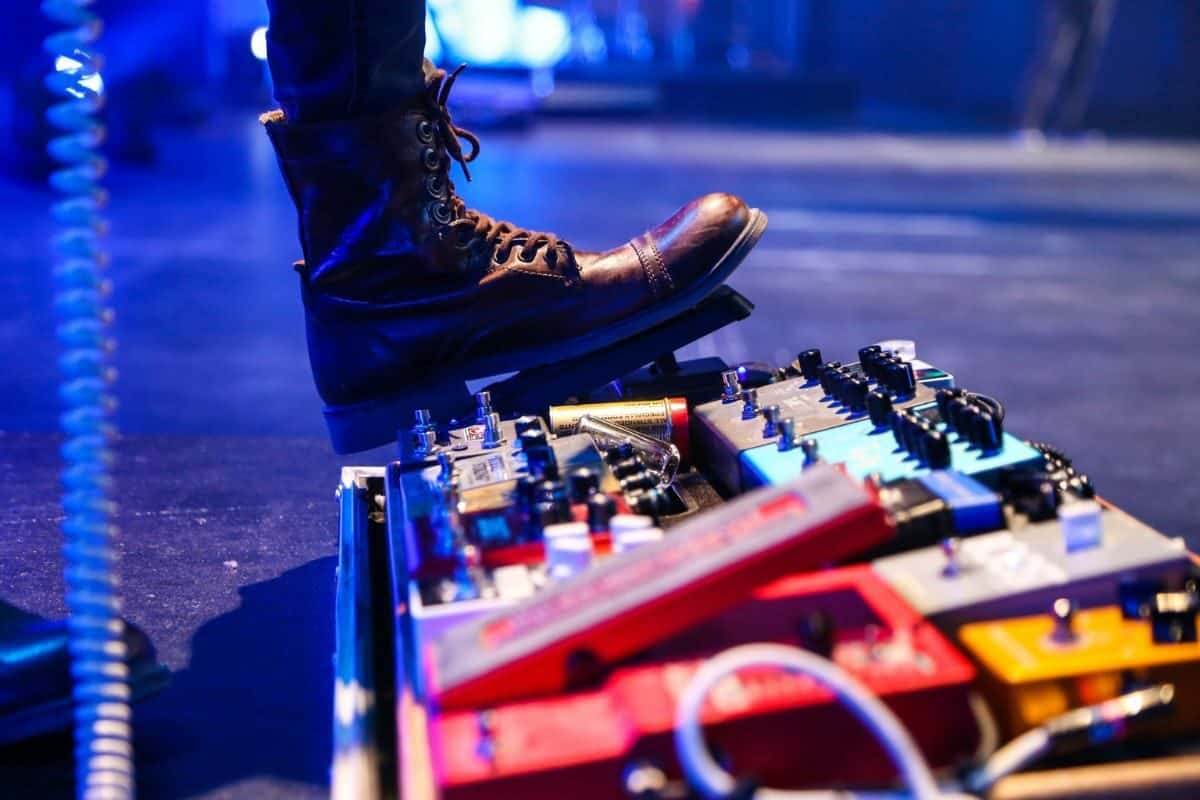 Are you a guitar beginner struggling to come to terms with using looper pedals, and how does it work? Your struggles are about to end because you’ll get to know all about looper pedals here.

Using a looper pedal is all about recording audio digitally. Then, it’ll give you the ability to start and stop the recording, loop it, and mix it, among other controls.

In this article, you’ll get to know all about how to use a looper pedal, how does a looper pedal work, how it can be your perfect training buddy, and a lot more. Continue reading to get all the answers.

What do you mean by a looper pedal?

A looper pedal or a loop pedal is essentially an electronic device that will create instant recordings of musical performances. It’ll then play back the recordings in real time. This will allow the musicians to start overdubbing themselves and create a vast, polyphonic sound based on their own performances.

Looper pedals are stompboxes that will sit on the floor as the musician activates them with their feet. Before the advent of looper pedals, musicians needed large recording consoles for capturing their performances. Then, they had to play it back using a respectable sound quality. However, some compact loopers today are no bigger than any other guitar effect pedals. They also offer a lot of recording time and almost unlimited overdubs.

A looper pedal is a reliable digital recording device that records an input loop and outputs the audio on repeat. Once the pedal is looping, you can overdub the loop through the looper pedal’s direct signal line. You can then typically choose to record overtop for adding to the loop. Different loopers will come with different functionalities and versatility. All looper pedals will come with the functions – record start/stop and play start/stop. Some of them allow for additional layers to added or removed from the original loop. There are loopers capable of running the loop in half-time or double-time, or even reversing it. Other looper pedals feature pre-recorded loops that could be engaged later on.

How does a looper pedal work?

Now comes the more important question, how does a looper pedal work? Looper pedals will record audio fed into them using either a 1/4” instrument cable or an XLR cable. They generally capture the audio as a WAV file either through onboard memory or by using an external SD card. The pedal can then instantly play back the recorded audio once a musician steps on one of the pedal switches.

Stompbox-style loopers are essentially the smaller type of looper pedals. They’re typically comparable to other compact stompbox guitar effect pedals and comparatively simple. They are typically 1-2 footswitches and 1-2 knobs. Furthermore, they are rather limited but will be capable of doing the basic features like recording, loop stopping, overdubbing, and volume control. These pedals are exceptional if you want to practice alone and for learning theory.

Loop stations are comparatively larger units, and they give more advanced looping. They are exceptional for practicing and live performances, especially during one-man-band situations.

These pedals will offer much more control with overdubbing, engaging/disengaging loops, multiple recording loops, and additional effects, among others. Many loop stations are able to sync up to clocks via MIDI for helping with loop timing and effects.

What can looper pedals be used for?

While working upon different ideas, it’ll pay to have the option to record it and then hear it back. Sometimes, this is done so that you can realize that the melody wasn’t as good as you had initially thought. The other times, it’ll help you catch a unique wave of inspiration and think of additional parts. Whether you’re working alone or with other musicians, having a looper pedal around during the songwriting session will be invaluable. Some looper pedals come with the ability to save a loop and then export it later. It’s a function that’ll prove to be incredibly useful if you’re using the looper pedal as a songwriting aid.

Not every melody or riff needs to be turned into a song. If you’re just jamming along with some tunes at the end of a hard day, a looper pedal will allow you to use a rhythm part to play over. In your practice space, even if it’s just playing blues licks, it’ll be fun to set up the chords. Then, you will be able to get the mood going and jam with your friends.

Some musicians, especially when they’re playing in bands with just one guitarist, use occasional live looping. This will free up space for playing lead parts or counter melodies. Some advanced musicians can use it to play one-person band shows. They can build up entire tracks from stacked loops while using multiple instruments.

For live use, where you’ll be stacking multiple loops and playing alongside a drummer, you’ll need to use advanced features. For instance, the units that can be synced with each other or a MIDI clock, and the ones with quantization. If you’re playing non-standard time signatures or changing the tempo within songs, then the opposite will be true. You will require a Non-quantized pedal where you can properly control the loop length.

There are certain exciting aspects in your practice sessions where looper pedals will be of great help. Other than specific technique training, having effective practice sessions will include creative aspects. You’ll be free to explore music on your guitar and create your own riffs and melodies.

Loop pedals will offer an exceptionally creative alternative to using backing tracks. You’ll be able to build your own backing tracks straight from the looper. You can do it by creating simple chord progressions and then looping them. The first loop will then become your rhythm guitar track and play on repeat until you’ve stopped.  This will allow you to be free to record and experiment with different melodies, riffs, and scales. You can create your very own lead guitar solos. This way of practicing is better and more immediate than finding your preferred backing tracks and putting them on repeat.

Practicing with looper pedals will also help you perfect your skills. You should remember that whatever you’re recording in the loop pedal will be exactly what comes out, including the mistakes.  You should learn and practice creating perfect loops. By perfect, you should ensure that there isn’t any space or awkward jump at the end of each repeat. It must end and start naturally if you’re playing it repeatedly.

Qualities to consider when shopping for a new looper pedal

Best looper pedals in the market to start with

The musical instrument marketplace in today’s world features some exceptional looper pedals. To make your decision as easy as possible, we wrote an in-depth review article about the best looper pedals available in the market.

Here is just a small selection:

This series includes the Ditto Looper, Ditto 2x Looper, Ditto x4 Looper, and Ditto+ Looper is an exceptional option. This exceptional looper pedal series from TC Electronics is popular for its true bypass switching and logical ease of use. The pedals’ USB connectivity will allow you to add pre-recorded loops from other sources. Moreover, you can store them on your device’s internal memory.

BOSS is one of the industry’s leaders in terms of musical effects technology, and the RC-300 Loop Station epitomizes it. It comes with three independent loops with an expression pedal for controlling loop levels.

To get a more compact option with a single-loop track, you can go for the BOSS RC-3 Loop Station. It is the size of the standard guitar pedal, but it’ll get the job done. Meanwhile, the BOSS RC-1 Loop Station, where everything started, features its adherents on the used marketplace.

Thank you for reading. Hopefully, now you know a lot more about looper pedals, how to use a looper pedal, how does a looper pedal work, how it can be your perfect training buddy, and more. A looper pedal is an electronic device that can create instant recordings of musical performances. It’ll play back the recordings in real time, allowing you to start overdubbing and creating polyphonic sounds.