Is It Easier To Learn Electric Guitar Than Acoustic? 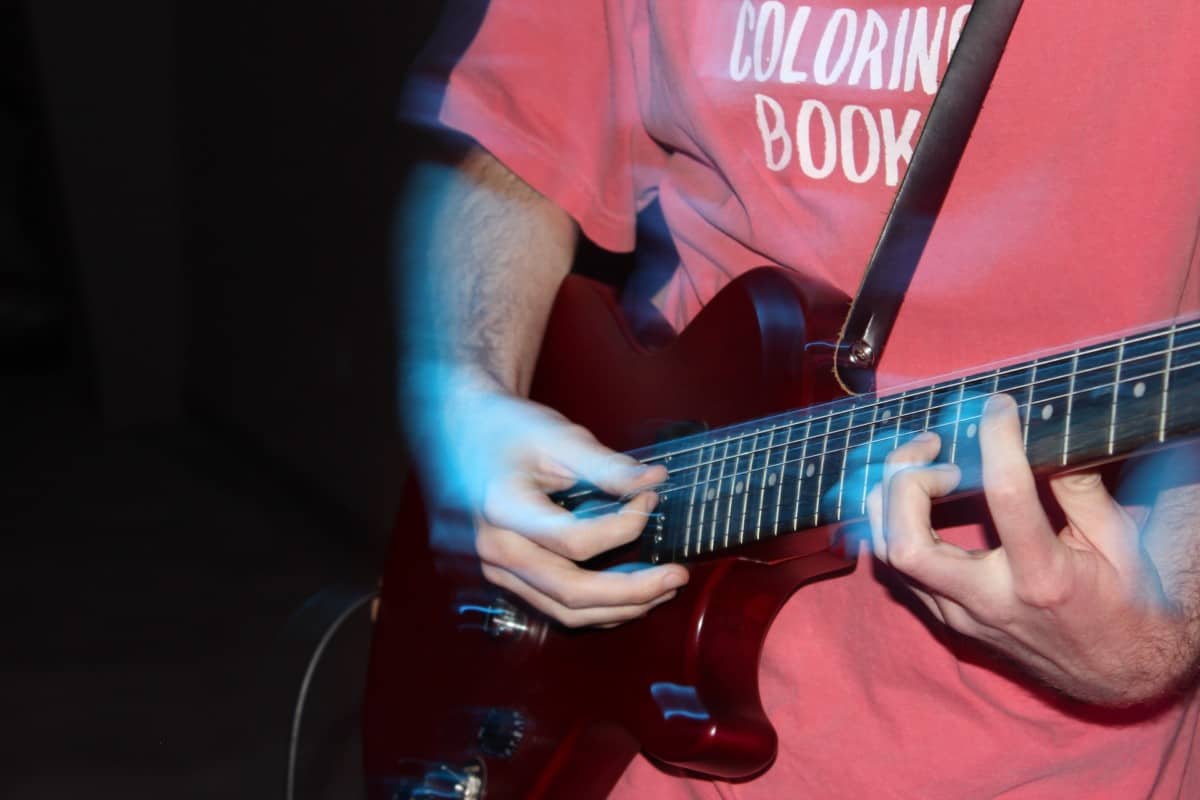 When we start playing the guitar, it is common for us to ask ourselves many questions. Among them, a very common one is the following: Is it easier to learn to play electric guitar than acoustic? This is something I asked myself when I started learning back then in the eighties. But because I learned with an old electric guitar borrowed from a friend, I didn’t have much choice, and I started with the electric guitar he had leftover.

But some time later, I thought a lot about whether it wouldn’t have been better to start with an acoustic guitar. I’ve always loved Folk-Rock and ballads, so an acoustic guitar is a better choice for playing these kinds of songs, say “Blackbird” by The Beatles, “Stairway To Heaven” by Led Zeppelin or “Still Loving You” by Scorpions.

After some time of playing, I could buy my first guitar, and I chose an electric guitar, just because I already had the habit of playing this kind of guitars for about a year. But the second guitar I got was an acoustic one (actually it was a beautiful gift from a person who knew very well what I wanted). From then on, I played both models evenly, depending on the type of song I was playing.

In one of the rock bands that I had the pleasure of playing, I met another guitarist, who I became very close to and who had started playing with an acoustic guitar that belonged to his older brother. We talked a lot with him at that time (about twenty years ago), and it was interesting to know the experience of a person who had started in a different way and had followed another path than the one taken by me. In my case, it was easier to start with an electric guitar, but for him, it was easier to start with an acoustic guitar.

Since then, I could see that we are conditioned by our possibilities, but that we are also all creatures of habit. We do what we can with what we have most at hand, we are not always free to choose, we get used to it and then it is difficult for us to leave that area of comfort that we have created for ourselves.

After living these enriching experiences, I think I have some keys to share about whether it is easier to learn to play electric guitar than acoustic guitar for those who have the possibility of choosing the guitar they are going to start with, without a friend or a brother deciding for them.

Is it easier for teenagers to learn to play electric or acoustic guitar?

Of course, things vary with age. What we like at thirteen, we probably don’t like anymore in your twenties, thirties, or forties. That’s why it’s very important to pay attention to our own interests and tastes. Not getting carried away by other people’s tastes and choices. That’s a very important thing to keep always in mind. Please pay attention to your own desires, choose your own path, and follow it.

I was lucky, and I wouldn’t change having started learning to play an electric guitar as a teenager. Because most of the music I listened to and loved back then was made up of that unique sound that only distorted electric guitars have. It would have been impossible to play the riffs of Iron Maiden’s “The Tropper”, Deep Purple’s “Smoke On The Water” or Metallica’s “Seek and Destroy” on an acoustic guitar. I wouldn’t have felt the same playing an acoustic guitar as I felt playing with my Ibanez guitar, my 80 Watts Valvestate Marshall amp, and my D.O.D. distortion and BOSS chorus pedals back then.

In my case, the electric guitar was the best, even being the only instrument I had at hand. It was the best option because the friend who lent me that instrument was the same age and the same tastes as me. That’s why I say I was lucky. Based on this, I advise you that if you are a teenager and you are starting to learn to play guitar, choose the model that best represents your tastes because it will be easiest this way. I think it will almost certainly be an electric guitar, but your tastes may be different from mine or from most people’s, that’s admirable, and you should be firm in your convictions.

Is it easier for grownups to learn to play electric or acoustic guitar?

As the years go by, we gain confidence and experience. You might just start playing when you’re over thirty, forty, fifty, and that’s great. Because even if you don’t know how to play yet, you have other very important things going for you. You probably know very well which style of music is your favorite. You’ll be less hesitant than when you’re younger to make decisions. You will feel more confident when you take risks and dare to start a new experience that will enrich your life, I can assure this.

My mother started playing guitar after she was 50. I could see that it wasn’t easy for her at first, but I must admit that she managed to learn to play at 55 much faster than I did when I was only 14. Believe me, if you see her face when she practices her songs, the ones she plays at the church she attends weekly, you could see an expression of happiness and joy that you can’t get even with all the gold in the world.

In my mother’s case, she started with an acoustic guitar, because it is the best choice for her according to her tastes and style of music she prefers to play. In her case, it didn’t even occur to her to start with an electric guitar. But this is because she was very clear about what kind of music she wanted to play. The songs that she and her friends sing in the church need the sound of this type of guitar. In her case, the choice of the guitar was simple and right from the first moment.

Finally, to give an answer to the question of whether it is easier to learn to play an electric or an acoustic guitar, this depends on your tastes, your age and the style of the songs you prefer to play.

I leave you with these final tips: always have a good online course to start with, be persistent, and practice every day. In a few months or maybe weeks, you will see the results of your work, depending on the effort you put in, no matter how old you are.