Is It Easier To Learn Guitar Or Piano? 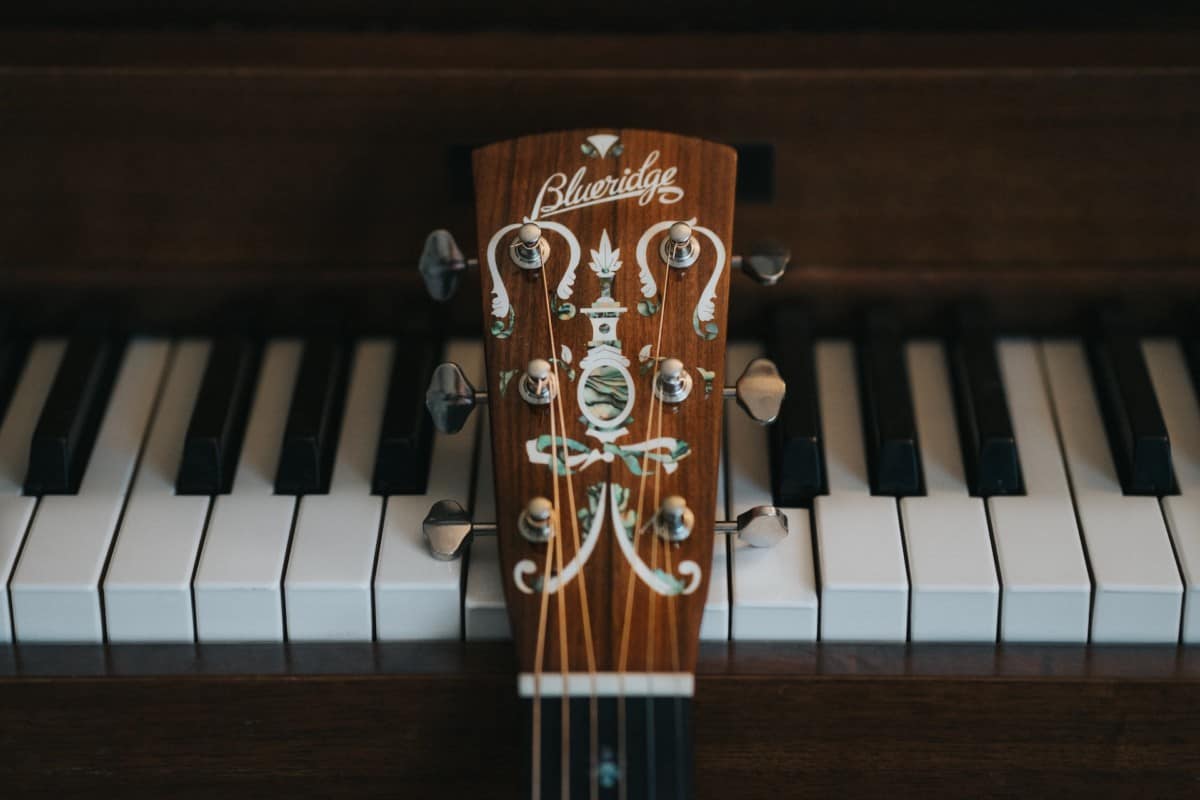 Piano vs. guitar is not a big rivalry as, say, Coke vs. Pepsi. But it has its hardcore fans on both sides, saying that one or the other is better because it takes more time and effort to learn. Or less, depending on how you see it. Most people would argue basic stuff such as “4 fingers to 6 strings is no challenge compared to 10 fingers to 88 keys”. Or “guitar implies learning way more techniques than just pressing down keys while sitting down”. And while these statements are partially true, saying which instrument is easier to learn – guitar or piano – is not that simple of an issue.

As someone that has his fair share of practice hours in both instruments under his belt, I will do my best in this article to remain unbiased and give a well-informed opinion on the subject. However, I’m not an academically trained musician, so you should take everything said here with a grain of salt. Having said that, let’s start!

The fun thing about this comparison is that there are more commonalities to both instruments than people might realize. Let’s list some:

Now that we’ve stated some similarities, we can start to talk about the different features and challenges that each instrument has and can make them easier or harder to play. However, it must be cleared in advance that this comparison will include both the classical and electric versions of these instruments. It would be very unfair if we compare, for example, the variety in styles, techniques and the feats achieved with the invention of the electric guitar to the classical piano mezzo-forte, that had an immense influence in academic music over centuries. That would be comparing apples to oranges. Also, taking the route of comparing both instruments through the same song or piece would be unfair, because the arrangements for both would be different. Let’s talk more about that below, shall we?

Starting with guitars. What makes them easier or harder?

Guitar, for some, can be a very enticing instrument. As soon as you see one, you can picture yourself playing it, and most likely, you feel encouraged to try. This might explain the great number of self-taught guitarists out there. It’s an instrument you can undoubtedly learn to play on your own, and these cases are more common with the guitar than with the piano.

This next point might change from person to person, but, in my experience, playing the guitar involves you more in the maintenance aspect of the instrument than the piano: tuning, replacing the strings and whatnot. As opposed to piano players, who in their majority would resort to a restorer or piano tuner for their maintenance needs. Or a keyboard that requires little to no maintenance at all besides cleaning.

Playing the guitar, neurologically speaking, gets your hands to do entirely different tasks in your brain. If you’re right-handed, for example, your right hand will exercise its fine motor skills the most by pulsing at the right speed and strength. In contrast, your left hand will use both fine and gross motor skills, reflected in the coordination that requires positioning your fingers correctly in the fretboard and pressing the strings on it.

There’s also a point in what was said before about arrangements: music for guitar, as it technically can’t output the same amount of simultaneous notes as the piano, can be easier to memorize than the music for the latter, making it somewhat easier. When it comes to technique, though, the guitar has more variety, involving different ways to bend, mute, pulse, and press the strings, involving the palm and even the elbows to manipulate the instrument, which can make it more challenging than piano.

The tricky thing about playing the guitar, especially electric guitar, is that a relatively low amount of practice can take you to an outcome you feel happy within less time than the piano. However, this doesn’t make guitar necessarily easier, mainly because there’s a downside to this: it’s easier to hit a plateau (this being, stagnating at a certain skill level) in your learning journey since you can feel okay with what you already know and not push yourself beyond that.

Alright, what about the piano?

Since the sight of a piano is much more ominous than that of a guitar, you probably won’t find the piano version of the typical guy in music stores that pretends to test a guitar by playing Sweet Child O’Mine over and over, so difficulty points in the emotional department for intimidation.

Since pianos are, generally speaking, far more expensive than guitars (except some affordable keyboard models and some ridiculously high-end, custom guitars), it is common that a piano player doesn’t own the instrument, hindering their ability to dedicate practice time at leisure like a guitarist would.

Although synths and keyboards have extra features like slide bars and dials that allow the user to create some effects (and these can be interesting to use and an added challenge), much of the skill of a piano player comes from their song choice and execution speed more than any other technical aspects, since the piano doesn’t allow the same room for techniques and sound modifications that guitar does. Although it is very funny to see piano celebrities like Lang Lang playing the piano with orange replacing his right hand, this doesn’t alter much the outcome. The piece still sounds much like the original. With a citrus twist.

Since the piano is an amazing instrument to learn about the basics of music and its size is welcoming to people of any age, it is normal for a piano player to start earlier in life than a guitar player. That can play some trickery in the perception of how many hours of effort have been put into ear training and skill development to reach a certain level in it.

So… What’s the answer? Which one is easier to learn – guitar or piano?

I believe that the answer to this question can change from person to person. Everyone has different abilities and challenges of their own, which are worth to be explored by trying both instruments! Life is too short not to try things, don’t you think?