A Deep Dive On What Does An Overdrive Pedal Do 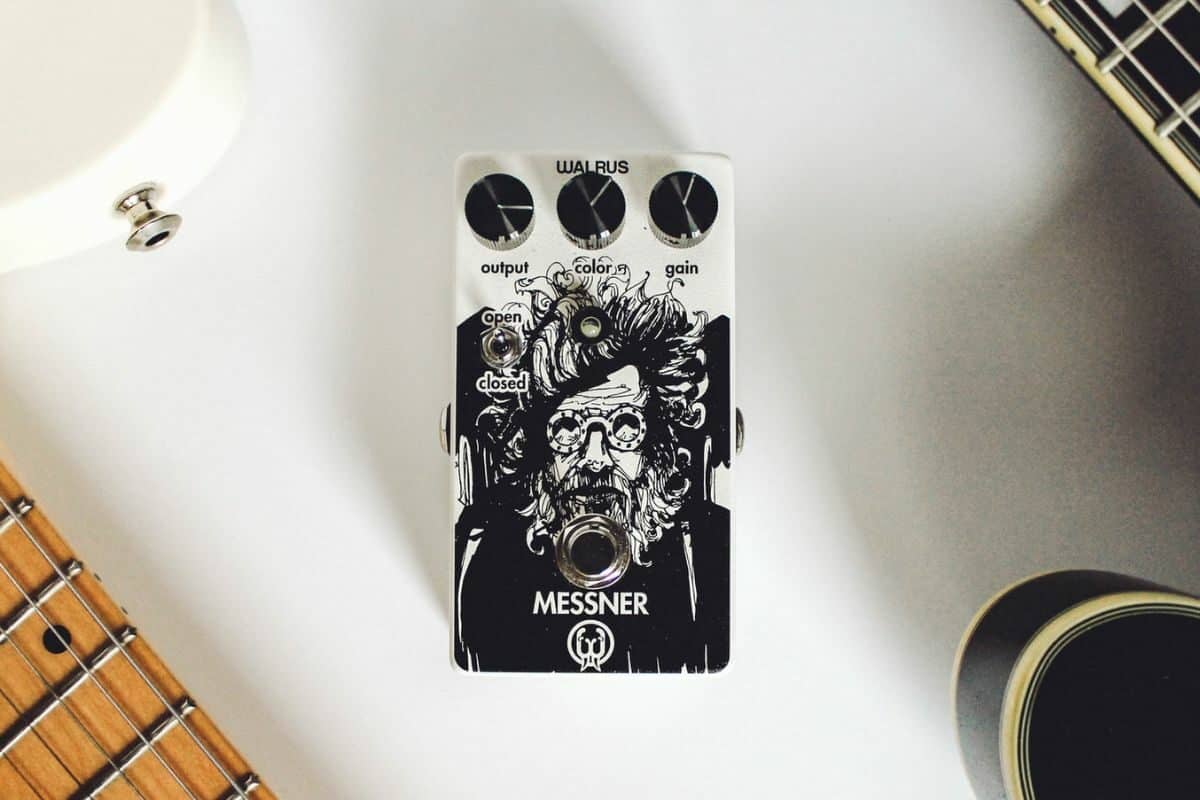 Are you a beginner guitarist learning your way around the guitar but struggling to understand the working of overdrive pedals? If yes, then don’t worry. By the time you’re done reading this article, you’ll know all about overdrive pedals.

Overdrive pedal does a great job at allowing you to imitate the sound of cranking up the wave amp as loud as possible. You can get a close representation of the sound that a pure amp distortion makes without blasting your neighborhood away.

What do you mean by overdrive?

Overdrive is the reaction of cranking up a tube amp. Its true definition is what happens if you send too much power to the tube amp. If you feed too much power to the amp, it’ll make the amplifier clip. This will, in turn, make the amp send out the overdriven tone. The overdrive pedals will exert your valves to a state that mimics what it would have sounded like if you were using a solid-state amp.

Using an overdrive pedal will be a great addition to your setup. It’ll allow you to imitate the sound of cranking up the valve amp as loud as possible.  It can be a handy solution if you live in an apartment and aren’t allowed to use full-stacked guitar amps. You’ll be able to get a close representation of the sound of pure amp distortion without being too loud. Meanwhile, an overdrive pedal will also give you the same dynamic range that you can achieve on cranked tube amps.

When playing with an overdrive pedal, you’ll notice that when you’re playing softly, there will be a strong gain presence. If you take a couple of seconds and explore, you’ll notice that the signals break up as you go further. You cannot expect to hear any type of face-punching chomp from the overdrive as it’ll supply a soft, clipping sound. This allows you to get a smoother, even driving sound

Overdrive pedals generally add grit to the signal and give you a sound similar to a cranked amp. Most overdrive pedals produce a pushed clean tone capable of stretching to a crunch sound. This is depended on how it has been dialed in and how hard you’re plucking in the guitar strings. This is often a key factor when guitarists are looking to get the perfect overdrive. Many people prefer one capable of reacting to playing dynamics, as it can clean up when lowering the volume control.

Some overdrives can even be dialed in for giving a full-on saturated distortion sound. There are many pedals that can meet in the middle and bridge the gap between overdrive and distortion. This is the case because of their wide-ranging gain controls. Overdrives can boost the signal and increase the overall volume and output of the amp. This is why overdrive pedals are normally engaged when playing leads. Moreover, it also helps the solos cut through in a mix when you’re playing live.

How to use an overdrive pedal?

Overdrive pedals are traditionally used at the front of the amplifier. It means you can run the guitar into the pedal’s input with the output running straight into the amp’s input. If you’re making use of a variety of pedals and have constructed a handy pedalboard, the placement of the overdrive in the signal chain will be subjective. Most guitarists prefer playing it after the tune and wah pedals.

Most guitarists use an overdrive with a clean channel of the amp for delivering a crunchy, more-raucous tone once engaged. This is the way Blues players prefer using the overdrives, as they can push the front-end of the amp’s speakers. It offers a punchier tone with improved width and sustains. Overdriven tones are generally associated with other genres like indie, classic rock, and more modern contemporary styles.

Overdrive pedals are often used in conjunction with the amp’s distorted channel. It’s a popular method with metal players who prefer using overdrive for tightening the sound, as it gives more focus. Guitarists often set up the pedal with the drive and volume low, such that slightly more gain can be added without getting out of control. This introduces more sustain and saturation, making it a good option for chunky rhythm tones and leads.

Different types of overdrives to use

While there are many different types of overdrive pedals available, the majority fall under one of these categories. The different overdrives have slight modifications, making each overdrive something unique.

What do you mean by distortion?

Distortion tends to be slightly more aggressive than overdrive, although it completely transforms the tone and creates something entirely new. By using distortion, you can easily add some much-needed texture to the tone, depending on what controls you’ve chosen. You’ll be able to create rock-inspired crunch as well as wind-shattering distortion. In simple words, distortion will add more sustain and intricacy to the sound. This way, with the increase in sustain and intricacy, the level of distortion will increase as well.

Unlike the sound of overdrive, the sound that distortion puts out is not affected by how aggressively, or gently you’re playing. This happens as the distortion pedal will be a hard-clipping device, which means that it only has one job. Mostly, hard rock and heavy metal musicians make use of a distortion pedal. The pedal will help give the sound a “heavier” feel, as it’ll boost the signal while darkening the output. Ultimately, this will depend on what tones you’ve set.

You shouldn’t think that distortion pedals are only meant for musicians who are looking to get a heavy, dirty sound. Distortion pedals will be great for use if you’re interested in having the power chords, chorus, or solos stand out from others that you’re playing with. It is worth noting that there are many different types of distortion pedals that are built keeping specific genres in mind. It is possible to try out distortion pedals build specifically for classic rock, hard rock, metal, and other genres.

How to use a distortion pedal?

The primary difference between an overdrive and a distortion pedal is that the latter will offer a high-gain sound. This will almost completely transform the unaffected tones. With far more attitude, most distortion pedals give the sound of a metal-style amp channel while adding plenty of saturation. Distortion pedals will be far more tweakable as compared to overdrives. This features more EQ controls, allowing you to shape the tone the way you want it.

Distortion pedals should be used usually at the beginning of the pedal chain. Most guitarists prefer doing things this way. Although it isn’t unheard of, some people to run their distortion at the end while some do it in the effects loop.

Overdrive vs. Distortion: Which effect is best for you?

Overdrive and distortion are two words used synonymously more often than not. However, the truth is that these two effects are very different from one another. Both overdrive and distortion will have an entirely unique impact on the overall tone. While both of the effects work towards different goals, many musicians think that the two effects are the same thing. It’ll be important to clear up all the confusion when you’re considering whether to use overdrive or distortion. Moreover, you should know what the two effects sound like, how they interact with your amp and guitar, and which effect will work best for your sound.

An overdrive pedal is essentially a personal trainer for your guitar that is always pushing the sound. Meanwhile, the distortion pedal will be similar to an inpatient gym buff who grabs the sound from you and then adds texture and saturation to what you’re playing. It is possible to use an overdrive pedal and a distortion pedal together. Additionally, there are a few guitarists who use a distortion pedal as a preamp. It can be achieved by plugging it right into the return jack or by adding to their effect loops. Arranging the pedals in different ways will help you in achieving different effects. You shouldn’t be afraid to mix and match and rearrange the pedalboard.

Distortion pedals will typically fit in better if you’re a musician interested in playing metal, rock, or heavy metal. Meanwhile, overdrive pedals will be commonly used if you’re a Blues or country musician. However, this isn’t the end-all-be-all, as music is after all a form of art. You can do whatever you want as long as you get great sound.