Which Is Easier To Learn – Guitar Or Bass? 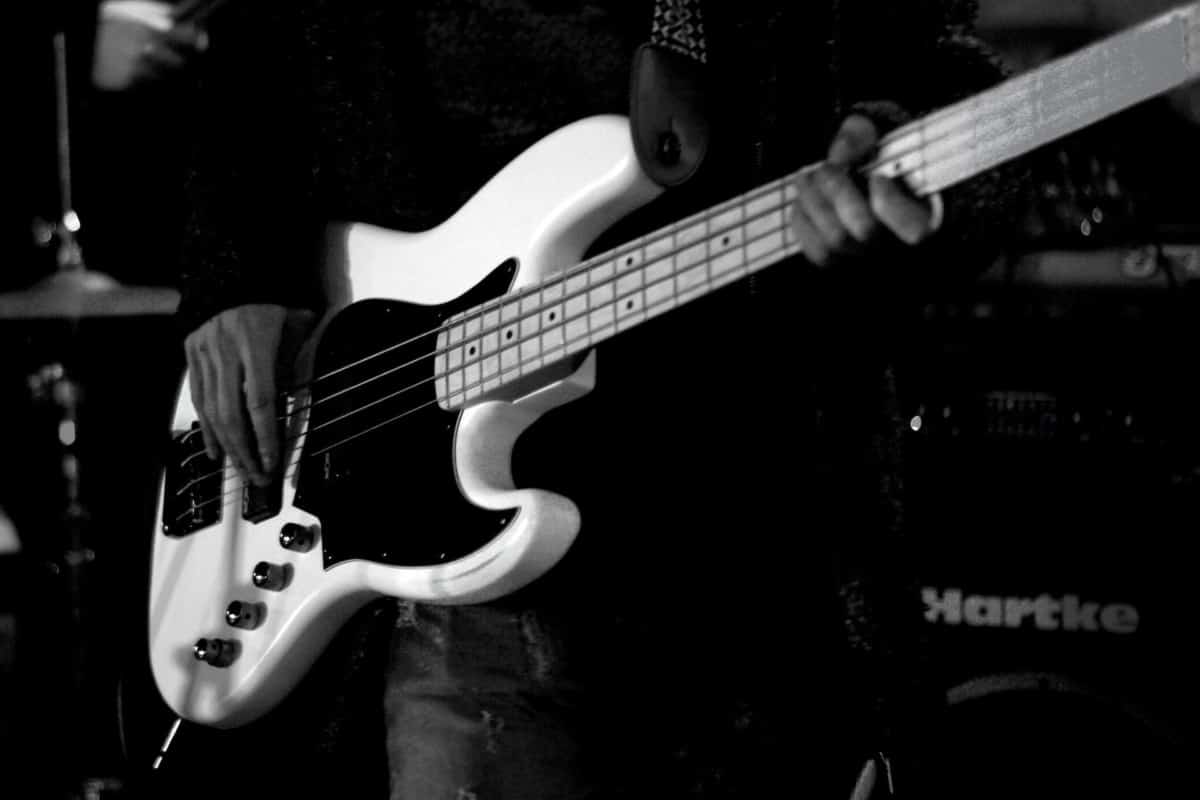 Bass and guitar are actually very similar instruments. If you’ve wondered which is easier to learn, bass or guitar, then the truth is they are both complex instruments that take time to learn! Nonetheless, they do have some differences, and you should consider the pros and cons of each one, particularly when you’re first starting out. Consider what makes each instrument a little easier to play and what makes it harder, then opt for the one you’d like to play the most!

What Makes the Guitar Easier?

You can choose thinner strings for your guitar.

With a bass guitar, you typically need to use heavier weight strings to get the right sound, even when you’re starting out. That means that your fingers are going to suffer when you begin to play and build up the callouses on your fingertips. Plus, you’ll need to build up more hand strength to play as the strings are harder to press. With the guitar, you can choose lighter-weight strings when you’re first starting out to make it easier. Those lighter-weight strings will be gentler on your fingertips and your hand muscles.

You have a shorter neck to deal with.

That is, the bass guitar has a long neck, which can make it difficult to reach all the notes, particularly if you have shorter arms. The guitar has a shorter neck, so you don’t have to stretch as far with your arm and fingers. That also makes it easier when you’re first learning chords and scales, as you don’t have to move as far on the neck.

You can stick to playing chords if you’d like.

On a bass, you typically need to learn both chords and scales as the bass provides the bass line for the band. Knowing both chords and scales will help you stay in tune with the music while also allowing you to improvise. While you can learn both scales and chords on the guitar, and that’s a good idea if you’re planning on being an advanced player, you don’t actually need to if you just want to accompany yourself on the guitar. You can stick to chords.

What Makes the Bass Easier?

You only have four strings to deal with.

A guitar has six strings while a bass has four. That means you have less to memorize overall, making it a bit easier to play in the beginning. Plus, you don’t have chords using six strings as you do on the guitar, so that can make them easier at first.

When you’re playing the guitar in a band, you generally stick to chords with the exception of a few solos. However, with the bass, you’ll be playing a bass line more often. That means you’ll be plucking single notes more regularly, which you may find easier to play in the beginning, just because you hold down a single string at a time or stay on the same chord and pick through several strings.

So Which One Should I Choose?

If you’re still having trouble deciding, it really comes down to what you prefer to play! The best way to decide is to think about how each instrument is most often used. Then, you can pick the one you’d like to play the most.

Pick the guitar if you want to accompany yourself on songs.

If you’re planning on just accompanying yourself on songs, then the guitar is the best option. You can learn to play chords and then use that knowledge to play and sing your favorite songs. You can play a variety of songs with just a few chords. The bass isn’t generally meant as a solo instrument like the guitar is.

Choose the guitar if you’d like to pick melodies.

Opt for the bass if you want to be the foundation of the band.

The bass is the backbone of the music when it comes to playing in the band. It provides the depth to the music, so it doesn’t sound too tinny. You may not be up front all the time or be in the spotlight, but the bass player is extremely important to how the band sounds overall. In fact, you can’t have a good band without a good bass player!

Choose the bass for a deeper sound and more improv.

The bass has a much richer sound due to it being lower on the scale. You’ll also get to improvise a lot more since you’re providing the bass line. While the lead guitarist will mostly stick to chords, you can move up and down on the bass, picking out a fun moving bass line in time to the music. You’ll typically have more freedom on the bass!

Pick both of them for more variety!

If you’re still wondering, “Which is easier to learn, guitar or bass?” the truth is neither instrument is really easier. Guitar and bass both require a great deal of skill to master, and you’ll need to spend years mastering those skills. Therefore, you should pick the one you’re most interested in and feel comfortable playing. Then, if you get tired of the one you choose, you can always switch over to the other, as many of the skills will transfer.