Which Is Easier To Learn – Guitar Or Violin? 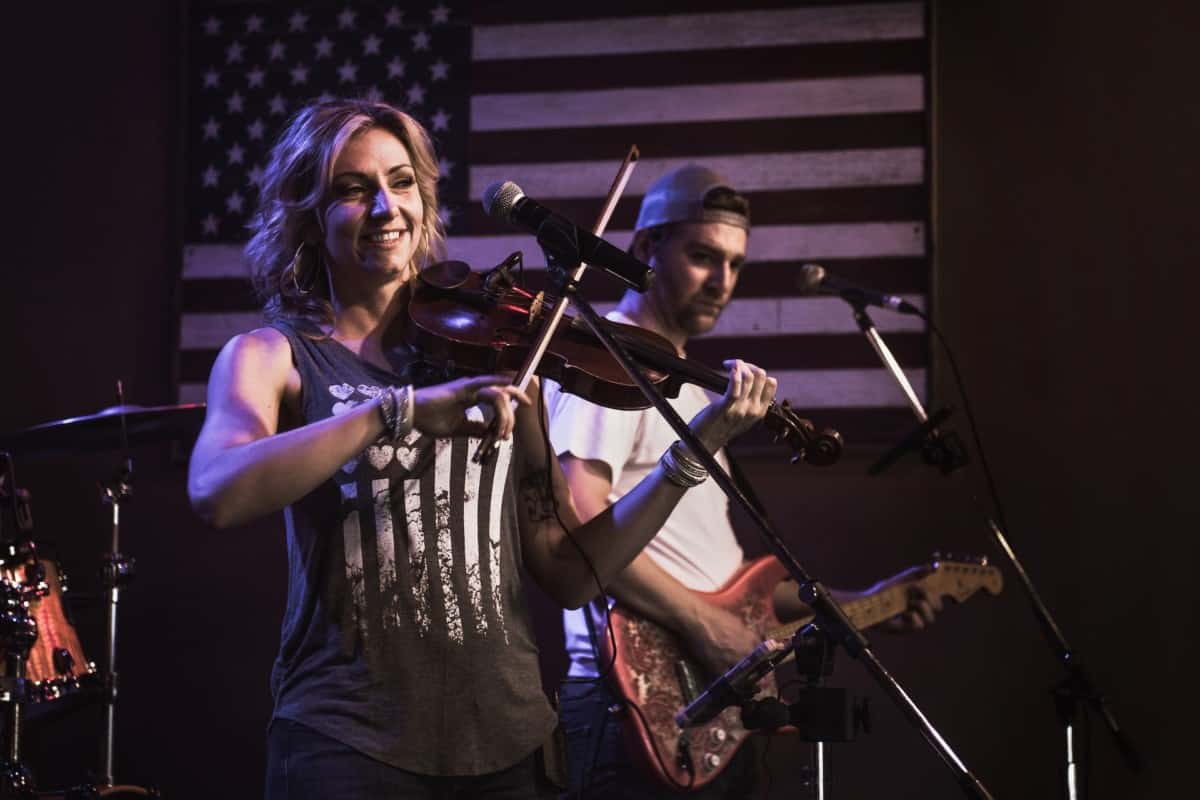 If you’ve been trying to decide what instrument to play, you may have wondered, “Which is easier to learn, guitar or violin?” You’re not alone in wondering which is simpler. The most basic answer is they are both equally complex in their own ways. With the violin, you have to learn how to bow well, read music, and memorize the location on the notes. On the guitar, you need to learn difficult chords, which are hard to master until you build up finger and hand strength.

You Can Stick to Chords if You Want.

If you’re playing guitar, you don’t have to move on to more advanced playing. You can stick to playing a couple of chords and still be fairly successful at the instrument. You don’t need to pluck melodies or anything like that if you’d prefer not to. With the violin, you only play melodies. While you can pick simple melodies, it’s generally not as easy as just playing chords, as you need to learn to read music, and you’ll need to change notes almost every beat.

The Frets Help You Find the Notes.

On a violin, you don’t have markers to show you where the different notes are. You have to memorize where each note is on the fingerboard and make sure the note is right by listening. On a guitar, the frets section off the playing area, so you can easily find each note you need to play. As long as the guitar is in tune, the notes will generally be in tune.

You Don’t Have to Learn to Read music.

While learning to read music is a skill that will serve you well when playing the guitar, it’s also not absolutely necessary. If you just plan to accompany yourself by strumming chords while you sing, you can get away without learning to read music. Many songs are printed with just the lyrics and the chords spaced out along the lyrics without any treble clefs or musical staffs in sight. While learning music isn’t that difficult, it’s one less thing you have to do with the guitar if you do want to.

On the guitar, you often learn chords first, which requires you to hold down two or more strings on the fretboard. On the violin, you don’t have to play chords, so you’ll just hold down one note at a time. In fact, some notes don’t require you to hold down a string at all. While playing chords to create songs is easier than learning to read music and playing a melody, physically playing single notes is easier. Of course, you can learn to pick on the guitar, too. Still, the more advanced chords can be difficult to master, as they take hand and finger strength, particularly barre chords, that require you to hold down the whole length of the fret at once.

You Only Have to Deal with Four Strings.

This point may be simple, but it’s also something that makes the violin easier in some ways. You only have to contend with four strings instead of the acoustic guitar’s six. Of course, if you choose a bass guitar, you’ll only have four strings, too. However, an additional advantage of the violin is the strings are closer together, making them easier to reach if you have smaller hands.

You Have Fewer Skills to Master.

Which One Is Harder to Master?

Neither! Both! They both require great skill to master. In fact, the great guitarists and violinists tend to agree that both are difficult instruments. If you’re trying to choose, pick the one that appeals to you most.

It Takes Years to Master the Tone on the Violin.

While getting the basics down on the violin isn’t that difficult, it can take a long time to get a good sound from a violin. That has to do with your bowing technique, and it’s why beginning players sound so screechy. It takes many years of practice to end up with a good tone from your bow eventually.

Learning to Pluck on the Guitar Is Hard Work.

Similarly, learning to get good sound from plucking on the guitar takes time. You can learn the notes and how to pluck the strings within a year or so, but it takes many years to master plucking. The most advanced guitarists can pluck melodies very quickly without missing a beat, while still getting good sound from the strings.

Overall, neither the violin or the guitar is necessarily easy to play. After all, they’re both complex musical instruments! However, it does depend on what you want to do with the guitar as to whether it’s easier than the violin. For instance, if you just want to strum chords, the guitar likely is an easier choice, since you don’t need to learn how to read music. Regardless, if you want to learn the guitar, try taking an online guitar lesson. It will help you get started, and you won’t have time to wonder which is easier to learn guitar or violin. If you’re really ambitious, maybe you should try both! Many people play more than one instrument.