The Best Way to Learn To Play Guitar 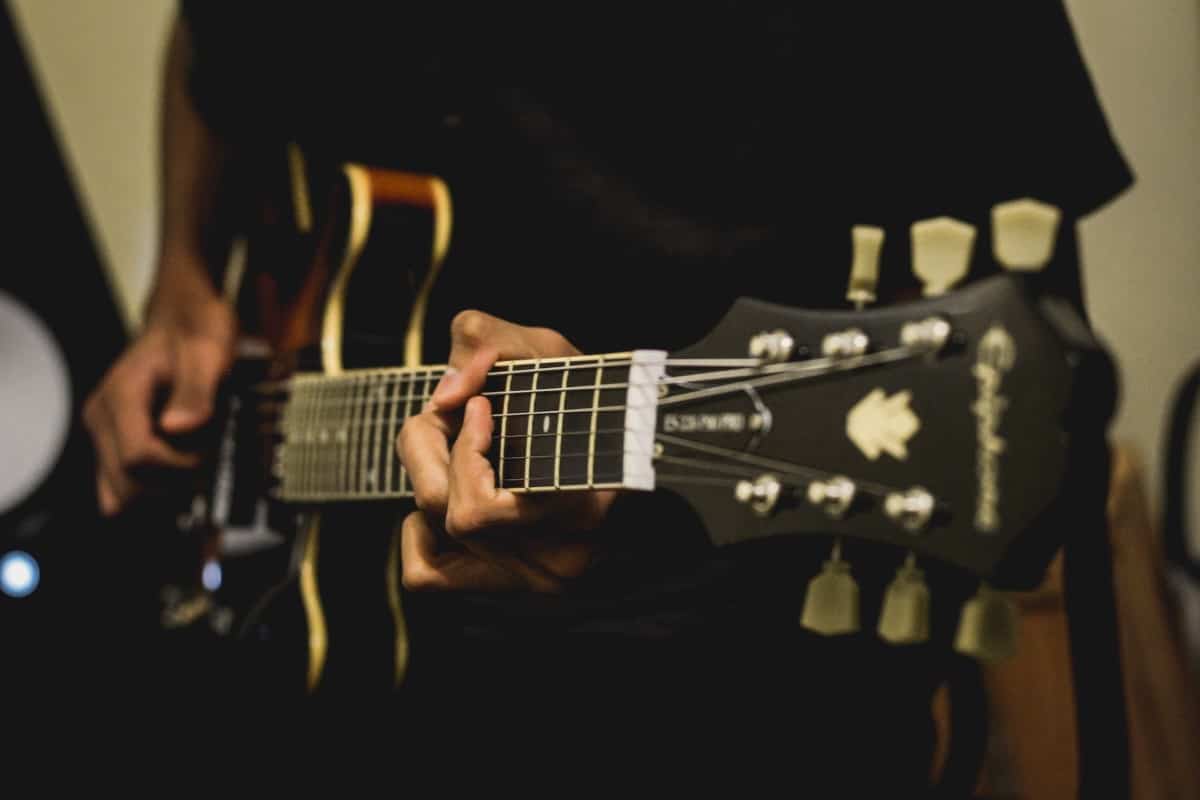 It goes without saying that in order to be a guitar virtuoso practicing until your fingers bleed is the first step. No good guitarists are born – they are made. Hendrix wouldn’t have become Hendrix if he had never practiced. Sure, people can take to learning guitar a little quicker than some, or are naturals. But raw talent needs to be harnessed just as talent can be learned.

When I initially started playing guitar, I practiced, on average, four hours a day. However, that was before adulthood hit me like a freight train. Nowadays, as an adult, time can be restricted. But all that means is that your time spent learning has to be a little more regimented.

Even if your time isn’t restricted, knowing what you need to know can be a task in itself. What should I study? What’s the fastest way to become a guitar god? What the hell is a scale? Never fear! Here are a few pointers on the best way to learn how to play guitar.

What Type Of Guitar Is The Best To Learn To Play On?

First things first, the ax you practice on can make a huge difference to your progress. If you have already bought a guitar, then don’t worry, but the right one can make your life a little easier.

In my opinion, there are two trains of thought when it comes to your first baby. Most cheap guitars have high action (the distance between the strings and fretboard). Therefore, your fingers are going to struggle that much more than with low action. However, learning on a cheap guitar with high action will strengthen your fingers and set you up to play on just about anything with strings. If the action is too high, though, you can always take it to your local guitar repair shop, and they’ll lower it for you.

It seems intuitive to buy something cheap as your first guitar. But the reality of playing them is an uphill struggle. Granted, your fingers are getting a better workout, but it can easily put a newcomer off. If you want a guitar that has easy playability, look to electrics in the Squire or Epiphone ranges. They’re not, for the most part, too expensive, and they have a good track-record for the newcomer.

Electric guitars also have thinner strings than acoustics, which again offer easier playability. Playing an acoustic guitar is much harder on your fingers, but again, the hard work will pay off in the end when your fingers become so hard that you can kill a man with a swift tap!

The first step into accessing the true beauty of the guitar is through knowing the basics. It doesn’t have to be “Twinkle, twinkle, little star,” but tuition will most certainly set you up for better things to come.

Private and paid online tuition are both incredibly similar, minus that with an online tutor, there’s no physical interaction or time constraints. For the most part, you have to pay for either of their services, and you’ll receive the obligatory run-of-the-mill lessons.

In the beginning, any tutor will likely teach you the basic blueprints of the guitar. Chords, scales, and some basic theory, the going can be a little tiring, but these baby steps are essential down the line. Unfortunately, you have to be able to walk before you can run. But trust me; it pays off in the end!

Private and online tuition is not necessarily an either/or scenario. But in my opinion, I’d opt for one or the other. A plus to paid online tuition is that some sites let you pick exactly what you want to learn like a song or specific styles rather than going step-by-step. You can hone in on the specifics though it can be at the cost of ignoring the essentials. A private tutor might teach you specifics if you ask them, but more often than not, they’ll already have a set idea of what to show you.

There’s no right or wrong to private or online tuition. However, it’s your hard-earned cash, so why pay for the same thing twice? It’s dependent on you. If you’re a kinetic learner, go private. If you don’t want the physical interaction or want to learn at your own convenience, go online.

Free online videos, notably on YouTube, and tabs host a wellspring of useful information, and the best part is that they’re usually free! If you don’t know what tabs are, then I’ll share a link; they’re basically easy to follow diagrams for songs, chords, scales, etc.

At the click of a button, there are one-off lessons to learning songs, the essentials, and everything in between. You might be thinking, well, why do I need paid lessons then? Well, it’s not that straightforward. It’s not impossible to learn guitar solely through YouTube and tabs. But there’s a risk of either being overwhelmed by it all or of learning without any linearity.

Tabs and online videos are great for lessons on specific songs. It can be alluring to just learn songs, which is fun. But you’re arguably not gaining all the useful information that a tutor will give you.

Like I said, it’s not impossible, there are some devoted YouTube playlists of lessons akin to a tutor. If cash is tight, then this is certainly an option. However, in my opinion, for the best results, I’d invest in paid lessons because you’ll, for the most part, be being taught by a certified professional.

After meticulously practicing chords and scales, it’s good to have some downtime. YouTube and tabs are great for that! When I first started playing, I did a bit of both. I had paid lessons, but in between those lessons, I would go away and learn songs or anything a little more specific through YouTube and tabs. YouTube is particularly useful for jam tracks too. Playing along to music is good for your ear and timing, and you don’t need another musician to do it with.

Writing your own material, learning styles, or songs is what keeps that motivation going. Balancing what’s enjoyable with what’s necessary are the key ingredients for not getting too bogged down with the guitar. Variety is the spice of life after all…

Everyone knows that one guy who says, “I’m self-taught – no lessons.” Sure, it seems interesting at first, but that person has almost certainly picked up some bad habits, and they’re most likely not a reincarnation of Page.

Self-teaching like through hearing a song and playing it back by ear will improve your ear, but perhaps don’t exclusively learn that way.

In my early and more naive days of playing, I would play chords that were upside down, or my pinkie was all over the place. It was only until I was shown properly how to play said chords that I realized that maybe there’s a reason for professional tuition…

There’s no shame in being a newbie at any age! Everyone starts somewhere, and proper tutoring online or private is the best way to learn to play guitar! Practicing the essentials is crucial, but the art and science of guitar aren’t mutually exclusive. In the meantime, maybe outsource to tabs and videos of songs for a bit of fun!