Can You Use A Capo On An Electric Guitar: Reasons Why You Should Consider Using Capos 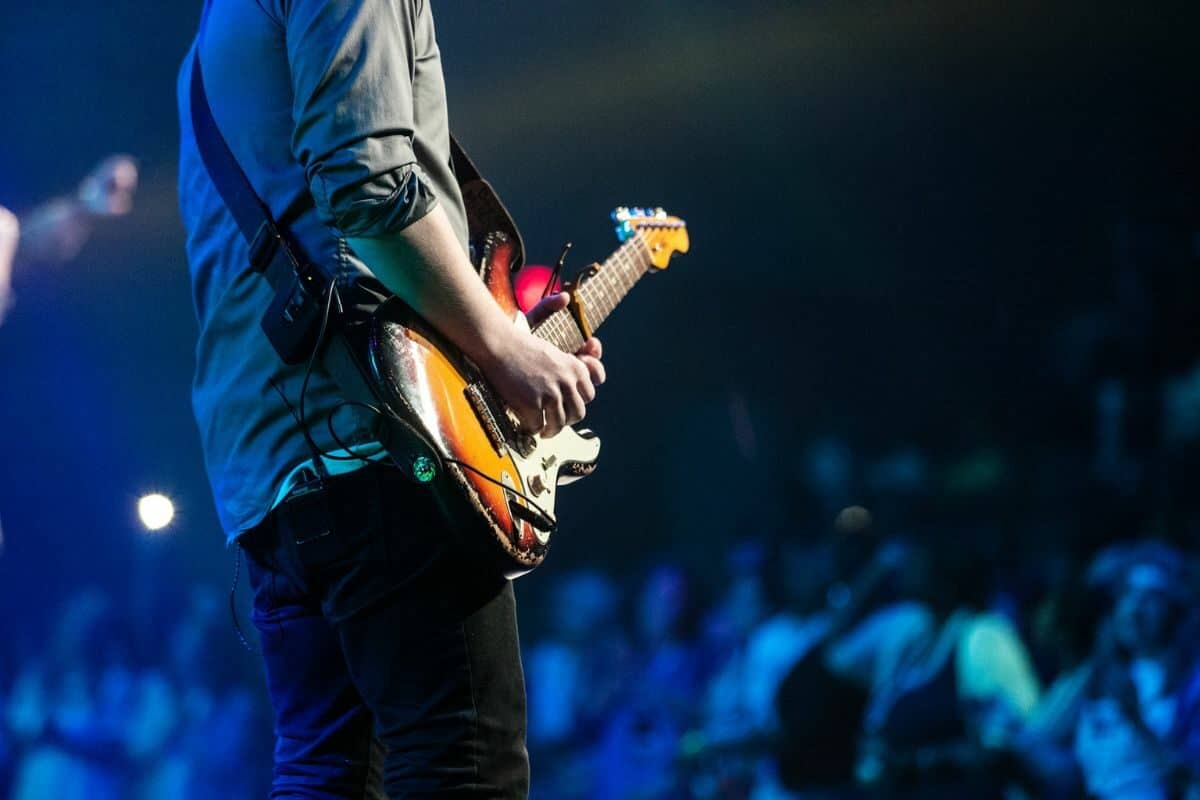 Are you a guitar beginner pondering whether or not to use a capo on your electric guitar? If so, then you’re definitely in the right place.

Using a capo on an electric guitar is a very helpful little assistance. Using a capo is something normal, and many professional guitarists use a capo when performing. Using capos will help you play certain chord shapes while making the electric guitar easier to play.

A capo is a great tool that’ll help you play the electric guitar. You can use it to shorten the length of the string. This will allow you to play open chords in different keys despite the guitar being in standard tuning. One of the primary advantages of using a capo would be that you can make use of the same fingerpicking pattern.

Can you use a capo on an electric guitar?

To play a solo, you don’t have to use a capo. Capos are used mostly when you’ve to play chords in particular shapes. Electric guitars will come with a narrower neck, which means it’ll be easier to play barre chords on your electric guitars. For acoustic guitars, playing barre chords will be far more demanding.

How to use a capo on an electric guitar for beginners?

Capo is fairly easy to use and it’ll not take you much time to figure out how to place it. It’s essentially a simple clamp and when placed on the neck, it’ll press on all six strings. If you’ve figured out where you wish to place it, then all you have to do is press the near ends and clamp the string. It’ll be very similar to how a clothespin works. It’ll not take you comparatively longer than a few seconds to put on the capo or remove it. Moreover, you’ll also have the possibility to change the key in a few seconds.

With many beginners having issues with the capo, the most common mistake would be placing it unevenly. What you should do is ensure that the strings are pressed equally, and the capo is behind the fret bar. Otherwise, you may change the tuning slightly and have the chords sound out of tune even if the guitar is tuned properly. Of course, it may sound complicated, but you can still master it with a bit of practice. Ultimately, it’ll be easier to use a capo when you have to play barre chords.

Top reasons why beginners should use a capo on electric guitar?

1. Using a capo will allow you to play a wider range of songs with fewer chords

One of the biggest positives for most guitarists, especially beginners (or performers who are primarily singers and want to play the guitar to accompany their singing) is that using a capo will allow them to perform more songs with fewer chords. If you can learn only 5 chords, you’ll be able to change back and forth between them. It’ll allow you to play thousands of songs when you’re making use of a capo.

The basic chords of G, D, C, Em, and Am will help open up more avenues for your guitar playing. Sometimes, capo will open up possibilities that you might not have even discovered. If you’re looking to learn songs in a simple acoustic strum-along manner without using a capo, you’ll have to learn more chords than just G, D, C, Em, and Am. You’ll have to use a variety of barre chords and chord shapes.

2. Capo helps in composition and songwriting

It is very common for aspiring guitarists to think about how much they want to write songs. Many want to write just one track, one really cool song that they can record.

It is normal to not know where you should start. There are several techniques that you can use for writing a song. One of the best options is where you should adapt a track that you already know. Use it and alter it to a point that is no longer similar to the original version. Make it so unique sounding that it isn’t comparable to the original one. One of the best ways to do that would be to use a capo.

It’ll make things sound far more different, and it’ll be a cool tool to help you with songwriting. You can even take your favorite chord progression and play it with a capo in different positions for similar effects.

3. Using a capo will make it easy to play chords

If you’re using a capo, it’ll almost always make playing chords a little bit easier. This will allow you to play a variety of songs and have much more fun, encouraging you to practice more. All of these things will help turn you into a better and more polished player.

You can try this out by yourself. Play a C chord without a capo, and then play a C chord with a capo on fret 4. Doesn’t it feel easier? Unless you’re having exceptionally large fingers or a guitar with a neck too small for you, you’ll probably find using a capo a little easier.

4. Change the key for suiting your vocals

Using a capo will be an amazing tool to change keeps for suiting the singer’s voice. If you’re taking a track that’s totally the wrong key for a particular singer, use a capo to make it higher. In case there’s already a capo, simply move it higher or lower if the song is too high for you.

When women play and sing songs that are originally sung by men, they sometimes make use of a capo. Generally, females tend to have higher-pitched voices as compared to males.

5. Using a capo will leave your fingers feeling a bit less sore

One of the biggest positives of playing things higher up the neck of your guitar would be that for most beginner guitarists, it’ll feel a bit easier on the fingers. The amount of pressure to fret a note at the 6th fret will be noticeably less than the 1st fret.

Using a capo above the 1st fret will usually mean that you might not have to press as hard. Due to this reason, you won’t have to stretch your fingers a lot when playing chords. Moreover, it’ll make playing the guitar much more relaxing.

Being relaxed when you’re playing the guitar would be a great thing. This way, you’ll be able to focus on using the right techniques that need minimum pressure required. Using the smallest amount of pressure needed to fret a note cleanly allows you to play for longer and with less soreness. You must keep this in mind, especially if you’re suffering from sore fingers after a tough practice session.

6. Using a capo will allow you to play tunes that would have otherwise been impossible

If you’ve listened to the likes of The Smiths, you’d know that Johnny Marr loved playing cool chord voicings. The chord voicings aren’t possible to play without a capo. Some people feel that a capo is actually a cheat tool. However, that cannot be farther from the truth. Most guitarists will likely feel slightly offended if someone said to their face that a capo is a cheat tool.

If you wish to learn how using a capo can be incredibly useful as a creative tool for creating cool songs, you should give a listen to The Smiths. Listen to tracks like “Big Mouth Strikes Again” and it’ll likely influence you.

Without using a capo, “Big Mouth Strikes Again” and a few other songs by The Smiths might not be possible. You’ll likely struggle to play the songs without making use of a capo. Interestingly, it isn’t just The Smiths that make use of a capo for making music. Tracks like “Scarborough Fair” by Simon and Garfunkel and “Fast Car” by Tracy Chapman would be impossible without a capo. These songs would be almost impossible to play in the original key if you aren’t using a capo. Moreover, these songs are just the tip of the iceberg.

7. Use a capo for creating a different tone

Play a G Major chord without using a capo. Have a great listen to the sound that your guitar is making. Now, put on a capo at fret 5 and then play a D Major chord. Have a long listen to the two different tones.

Both of the chords that you’ve just played are actually G Major chords. If you’re wondering why, then you should understand the music theory involved with what happens when you’re using a capo.

The point here is that it’s not the theory behind it, but it’s the tone that the different ways to play G major will give you. Play them both once more and give them a listen. They might sound similar but one will be bassier and deeper. Meanwhile, the other one will be janglier and thinner. Ultimately, it’ll be a matter of opinion which tone sounds better.

Thank you for reading. Hopefully, now you know a lot more about using a capo, can you use a capo on an electric guitar, the theory behind it, and the reasons why beginners must use a capo. It’s recommended that beginners should make use of a capo when learning to play the electric guitar. There are many benefits of using a capo on an electric guitar. It’ll allow you to play more songs, make it easier to write songs, make things easier on your fingers, help in creating different tones, and more.