Fingerpicking For Any Level: 5 Tips On How To Learn And Progress 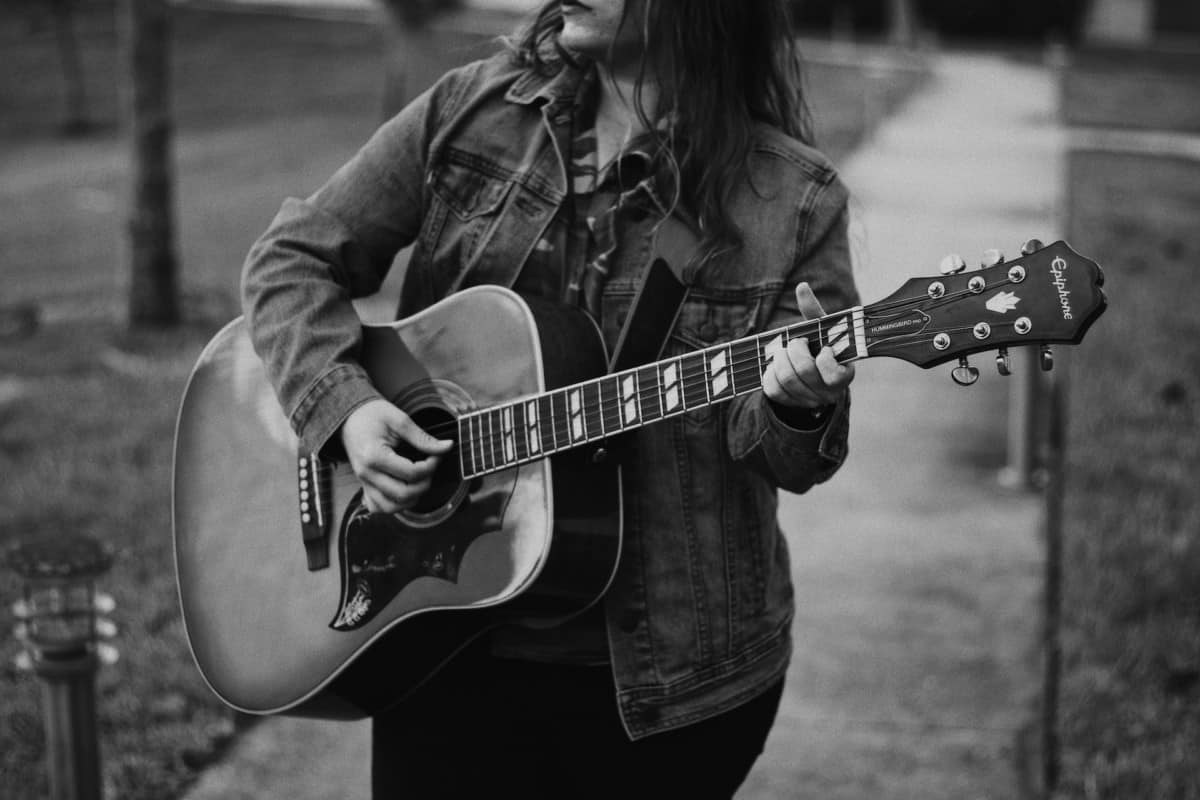 Whether you’re here to try something new in your musical path as a guitar player or because you’re tired of losing picks, we got you covered! In this article, you will find 5 tips on how to approach the learning process of fingerpicking in a friendly manner, along with a song most if not all guitarists will be able to perform accurately in little time. Let’s begin!

Some fingerpicking inspiration to start!

Fingerpicking is commonly associated with acoustic guitar, and it’s because of the tone and phrasing that can be achieved through it, which is hard (not to say impossible) to imitate by picking regularly. Below, you will find several notable examples of what you can do by fingerpicking:

This piece is a solid reference for how masterful fingerpicking guitar can be.

Even though the star of this song is the fretting hand, the feeling achieved by this arrangement cannot be achieved by regular picking.

This song is a great example of how simple chords can be embellished by fingerpicking.

A song list about fingerpicking couldn’t be complete without it. Please don’t play this one in guitar stores, though.

Kansas – Dust in the wind

One of the most popular fingerpicking patterns out there.

Flamenco guitar is among the most complex expressions of fingerstyle guitar, here’s a notable example.

With fingerpicking, you can lock down into rhythms that simple strumming or picking wouldn’t allow in the same way. Bossa-nova is a good example.

Sting – Shape of my Heart

A sad, memorable riff, which would fall flat if it were picked.

Hands down, one of the best interpretations of this song.

Although not composed originally for guitar, fingerpicking allows for the counterpoint Bach originally meant.

Even though this song is played with a pick, getting to play it fingerstyle is really comfortable and can be addictive.

1. Play within your skill level – and practice with songs you love first

2. Ask yourself: “What if I fingerpicked instead?”

Remember that execution in music is a matter of economy of energy: we should strive for playing as effortlessly as possible, and this could mean sometimes figuring out new ways to play old songs. Fingerpicking directly deals with the issues of having to skip strings when playing doubles and by eliminating the guesswork out of pick directions, since this is pretty much fixed by the way your fingers move.

You might also find, as well as I have, that some songs are considerably easier when fingerpicking than if we used a pick. Examples of this are Gotten by Slash and Californication by Red Hot Chili Peppers. The last one is especially satisfying to play because both lead and rhythm can be merged into one guitar if you’re experienced enough.

One of the perks of fingerpicking is the unique tone and feel it gives to the guitar. What if I would tell you that you can customize this sound further? You can choose to let your fingernails grow a little and pick with them – you will get a brighter tone. Fingerpicking with your fingernails also makes it easier if the space between strings on your guitar is narrow. You could also pick with your bare fingertips, there’s not much of a difference except the slightly opaque tone you will get from it. Whether you use fingernails or fingertips, it’s up to you and your playstyle.

4. Assign each finger to a string or pair of strings

This is not set in stone, but you might find comfort in assigning naturally certain fingers to play strings or string groups. For example, using your thumb to play the low E, A, or even the D string when used to produce bass notes. And, say, your index finger for the G string, middle finger for the B string and your ring finger for the high E string. All of this while keeping your pinky as a ‘reserve’ finger if it’s needed to support the ring finger or to play the treble strings as well, which is rare but not impossible.

This arrangement also implies the direction of the picking loses relevance since it’s fixed: you will naturally pick downwards with your thumb and upwards with the rest of your fingers, but this makes no significant difference.

It is common that folk and bluegrass artists, instead of going for either regular picking or fingerpicking, hold their picks in a way that allows them to do both. This is achieved by holding your pick only between your thumb and index finger, freeing your middle, ring, and pinky to perform other notes while skipping strings.

There are even special picks that are made with the shape of a ring so that it can be worn around the thumb. Such picks allow the player to pick and strum with their thumbs while having the rest of their fingers completely free.

An excellent piece to introduce yourself to fingerpicking is Romance D’Amour, a very romantic song (as the title suggests) for a number of reasons: