How Long Does it Take to Learn Electric Guitar? 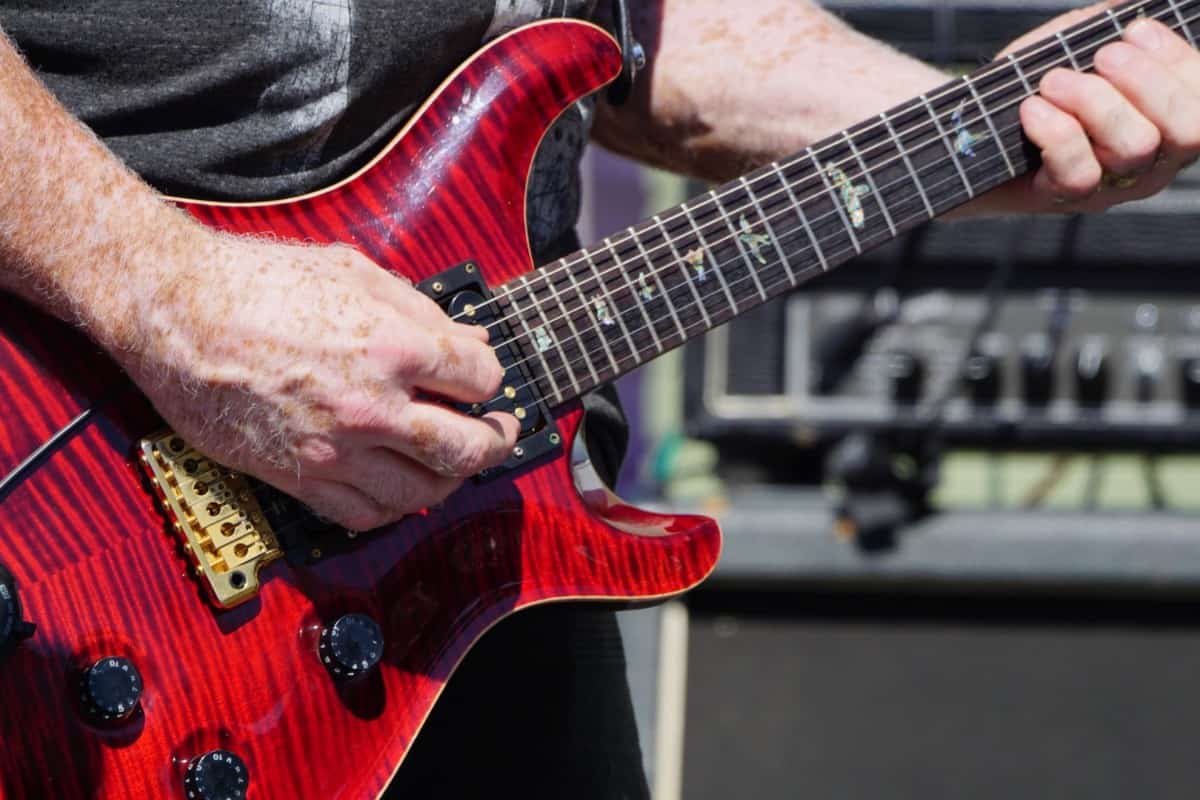 We’ve all been there: you’re thinking about purchasing your first guitar and starting your journey to rock stardom (or perhaps just a short trip to becoming the person playing to a couple of friends in front of a campfire). You imagine yourself flawlessly executing your favorite melodies, and congratulate yourself on a job well done. But then, doubts begin to take root in your mind. Is it even worth it to start at this age? Will I be able to stick with it? How long does it take to learn electric guitar anyway?

Whether electric or acoustic, the answer is the same: it all depends on what sort of music you want to play. If you’re only interested in strumming along to your favorite pop/rock songs, you can learn the chords to a simple tune, like Nirvana’s About a Girl, in an hour – even if it’s the first time you’ve picked up a guitar in your entire life. On the other end of the spectrum, learning to play classical music professionally requires many years of dedicated practice (we’re talking 5-6 hours a day, every day) with the help of a good teacher. Most people aim for something in between: to sound about the same as the people on their favorite pop records. The good news is, yes, you can become a reasonably good guitarist at any age (and it won’t take you the rest of your life, either!).

Acoustic vs. Electric Guitar: Which One Should I Start With?

Aside from the obvious differences in sound, the electric guitar has thinner strings than the acoustic, making them easier to press and hold in place, which is essential for producing a clean, pleasant sound. This is both a blessing and a curse, seeing as how switching from acoustic to electric is far easier than the other way around. However, the electric guitar does have its advantages for the casual player, especially if they’re a rock fan. If you don’t like the sound you produce, you’re probably going to have trouble staying motivated. Someone who wants to play heavy metal, for instance, will hardly find it as enjoyable to play on an acoustic guitar, as they would on an electric with a distortion pedal.

First, let’s take a look at how you can make the most of your practicing sessions. Putting aside music theory, which you will have to learn if you want to gain a deeper understanding of music and come up with your own melodies, the quality of the sound you produce will come down to two things: technique and muscle memory. It is essential to learn the former, in order to avoid injuries and fatigue and to make playing easier and more pleasurable. Luckily, laying down solid foundations – most importantly, hand and finger positions and movements – is achievable in the first few dozen hours of practice. This will get most people far enough to be able to learn to play almost anything in the pop/rock genre.

After that, it all comes down to muscle memory – memorizing where your fingers should go at what moment, to a point where you don’t even need to think about it. When it comes to this, shorter, but more frequent practice beats longer sessions, spaced days or weeks apart. Simply put, 15 minutes of smart practice a day, every single day, will get you farther than three hours a day every Sunday.

So, Give Me a Number now!

Numbers are tricky. When most people ask how long it will take to master a new skill, they expect that time to be measured in weeks or months. However, the rate at which a person learns depends on so many individual factors – motivation, prior experience, the presence or absence of a teacher, to name just a few. We’re better off making that estimate in hours spent practicing. How you spread out those hours over the course of months or years is up to you, but, once again, keep in mind that practicing frequently, even in shorter sessions, is the key to swift progress,

Now that we got the finer points out of the way let’s look at some broad estimates.

So, how long does it take to learn electric guitar? Like most skills, it depends on how much you’re willing to put into it. And while it’s important to keep in mind that it’s never too late to start, your future self will thank you if you start practicing sooner rather than later.