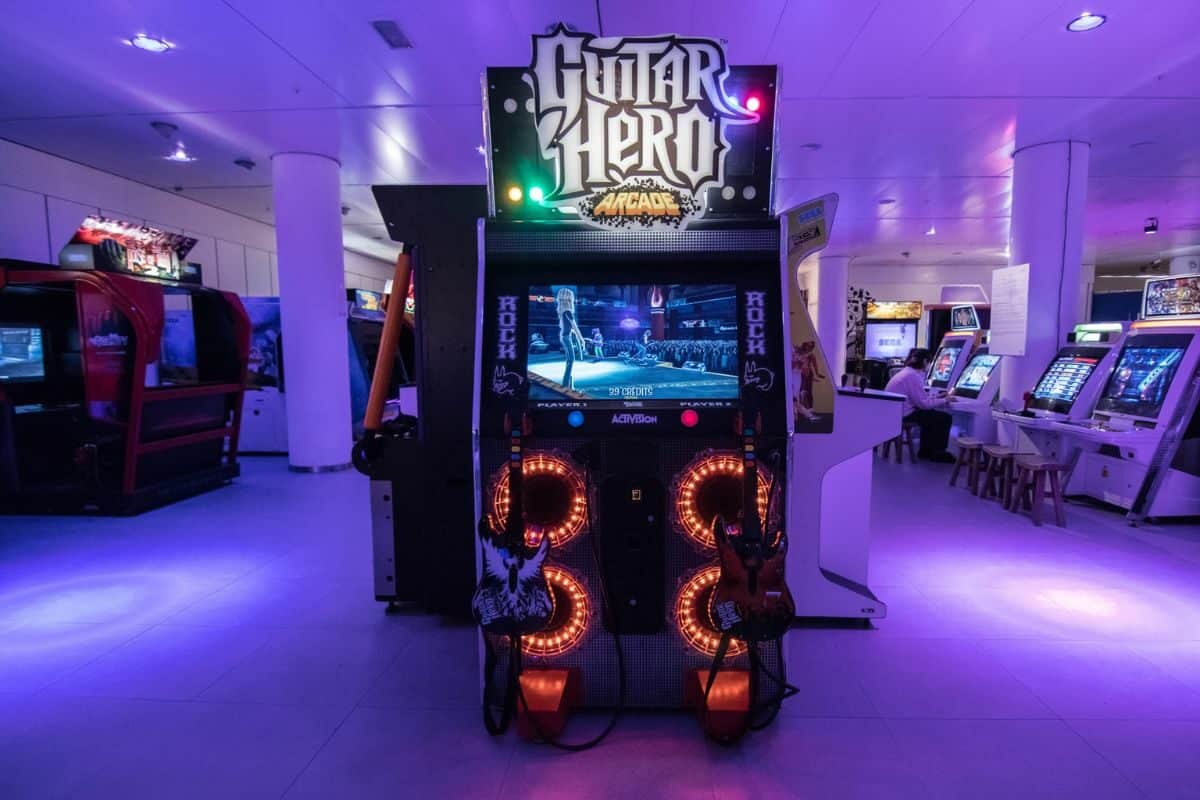 Are you an avid Guitar Hero lover who misses the game and wants to know if it is backwards compatible? If so, then you’re in the right place.

Guitar Hero isn’t backwards compatible on the Xbox One from Xbox 360. This is the case due to the music copyright issue. But don’t worry, you can still play the game on Xbox 360, PC, and other platforms and create new memories.

In this article, you’ll get to know all about is Guitar Hero backwards compatible, why Guitar Hero is so special, and how to play the game in 2022. Continue reading to know all the answers.

If a particular artist refuses copyright permission for the Xbox One, that’ll make it impossible to make the game compatible. Your game won’t be compatible with the Xbox One without actually stripping the music from the game. As the conversion of Guitar Hero to the Xbox One Compatibility Mode isn’t possible, there will be no way you can bring it to the Xbox One if even one artist withholds permission.

There might be other reasons as well. Although there is an Xbox One Guitar Hero version, the hardware might not be compatible with the Xbox 360 version. It means that you’ll have to use the Xbox 360 hardware on your Xbox One. Your best bet would be to get an Xbox 360 and play Guitar Hero Live or play the game built for the Xbox One.

How does backward compatibility work in Xbox?

The Xbox One and Xbox Series S/X can play Xbox 360 and original Xbox games via emulation software. This makes the console think that it is a last-generation machine that can play classic games. If a supported game is started on the machine, the current or last-gen console will open the emulator. In all regards, the game will work as if it’s running on an Xbox 360 or 2001 Xbox. The opening screen will appear first before the game loads up.

All the other features that are normally available on an Xbox 360 will be available on Xbox One/Series S/X too. It’ll also include the hub on the former. Additionally, all the new features of the more recent Xbox consoles will work, including the ability to record, take screengrabs, and share videos of your gameplay. This will add virtual high dynamic range contrast and colors, making the titles look much better. Moreover, the titles will have FPS Boost enabled. This will improve the frame rate that games play in, resulting in a smoother experience.

Will backward compatibility cost anything?

For a fairly cheap price, you can get access to over 300 games to play on your console. It’ll constitute a mixture of classic Xbox 360 and Xbox games, while also having some Xbox Series X/S games. You’ll also have online gaming access through Xbox Live Gold, Cloud Gaming, EA Play, and Game Pass for PC.

Step 1: Know about the instruments

Step 2: How does Guitar Hero work and how to play

Different colored notes will appear down a highly similar to the neck of a guitar. The notes will appear in time with the notes of the actual songs. As the notes are appearing down the highway, they’ll reach the strike zone of the screen. The Guitar Hero players have to hold down the corresponding button on the peripherals they’re playing in. You should also time the notes and as they reach the strike zone, strike the notes. It’ll play a single note while there might be multiple notes played at once, like the chord on the guitar.

You’ll have to continue timing the taps until you fail out of the song or if you’ve completed the song. Failing out will mean that you’ve missed too many notes or made too many mistakes in the song. A mistake might make you sound like a “tink” or “plunk” sound. The game will feature circular notes and a circular strike, and you’ll have to hit notes in a row without making mistakes to get score multipliers (up to x4).

As you play, you’ll gain Star Power, which can be used for increasing the multiplier by 2x, 4x, or 8x. It will make the song harder to fail out of when you’re deploying star power. You can use it for saving another band player if you’re doing band mode. You can also save yourself when you’re playing single or multiplayer mode. Once a song gets completed, the screen will display the percentage of notes you’ve hit. The stats are displayed in different sections, and you’ll also get to see the money you’ve earned from the song.

The guitar peripheral will be the main instrument that the game is based on. The guitar can be played by holding down the corresponding fret button on the neck of your guitar. You’ll have to time the notes on the screen and strum using the strum bar. Sometimes, the notes need to be sustained. This means you should hold the fret button while the note is sustained before releasing it when finished.

There are even Hammer On/Pull Off notes. This note sequence is when you’re playing the first stationary note by strumming and hitting the remaining notes without strumming. This can be done by simply tapping the correct fret buttons. The HO/PO notes will be characterized by a white glow in the middle of the note. However, if you’ve missed a note in an HO/PO sequence, you’ll end up missing the rest of the notes. The notes will be missed unless you’re strumming on the next glowing line or in case the sequence is over.

Lead Guitar and Bass Guitar will be played the same, with the potential difference being fewer chords on the latter. Beginner Easy, Medium, Hard, and Expert will be characterized by how many colored notes are present in the track. Beginner Mode features a rainbow-colored bar across the note highway, which means you can hold any fret button and strum.

In Easy, there will be only Red, Green, and Yellow notes on the guitar. Meanwhile, for Medium, the Blue note will be included while having more HO/POs. For hard, the Orange note will be included with more HO/POs. Most players face a bit of difficulty getting used to the 5th fret button as only four fingers are used. There are certain techniques to get past this issue. The Expert mode includes more HO/POs, but it’ll get extremely hard due to that.

For guitar players, play a few easy songs before you give complex songs a try. Warming up will work up your sweat, which will be handy for Hard and Expert. The sweat on your hands will serve as a lubricant, making it easier to slide on the neck.

Focus on the song and not the score

Many players fail out of songs as they’re wondering how good their scores are. Your philosophy should be, if you’re not getting booed off the stage, you’re doing well. You can see your performance once you’ve finished the song. Unless you can play the song without looking, then do not try and see if you’ve got 5 stars yet.

Avoid focusing on the portion of others

You shouldn’t focus on what other people are doing in the track, especially in band mode or versus mode. This will make things distracting when you’re watching them perform, and you end up failing your track. It will get annoying for the other player, while you’ll also look stupid. Moreover, it’ll affect your own performance.

READ MORE: How to Learn Guitar in Less than 4 Months – Guitar Tricks Review

Concentrate on vocals and sing your heart out

If you’re a guy, the ladies will truly dig this. If you sing your heart out in front of your significant other, it’ll work like a charm. It’ll be even more impressive if you are playing “Frontman” with it too, especially guitar Depending on what mode you’re playing, you must sing your heart out.

You’ll need to spend some time playing around with your instruments, even if you’re not playing anything. You should get to know your instrument, as it’ll give you an edge during the performance. You should know all about it so that you don’t need to look or fail out of the song. For the Lead/Bass guitar, figure out where the fret buttons are so that you know where you should put your hands.

There will be an elevated line on the Yellow Fret Button. This way, you’ll know where you should have your hands simply by feeling them. In the stationary hand position, your ring finger must be on the yellow fret button. With Hard-Expert, your middle finger must be there so that you can hit the Orange button with your pinky.