The Best Way To Learn Songs On Guitar 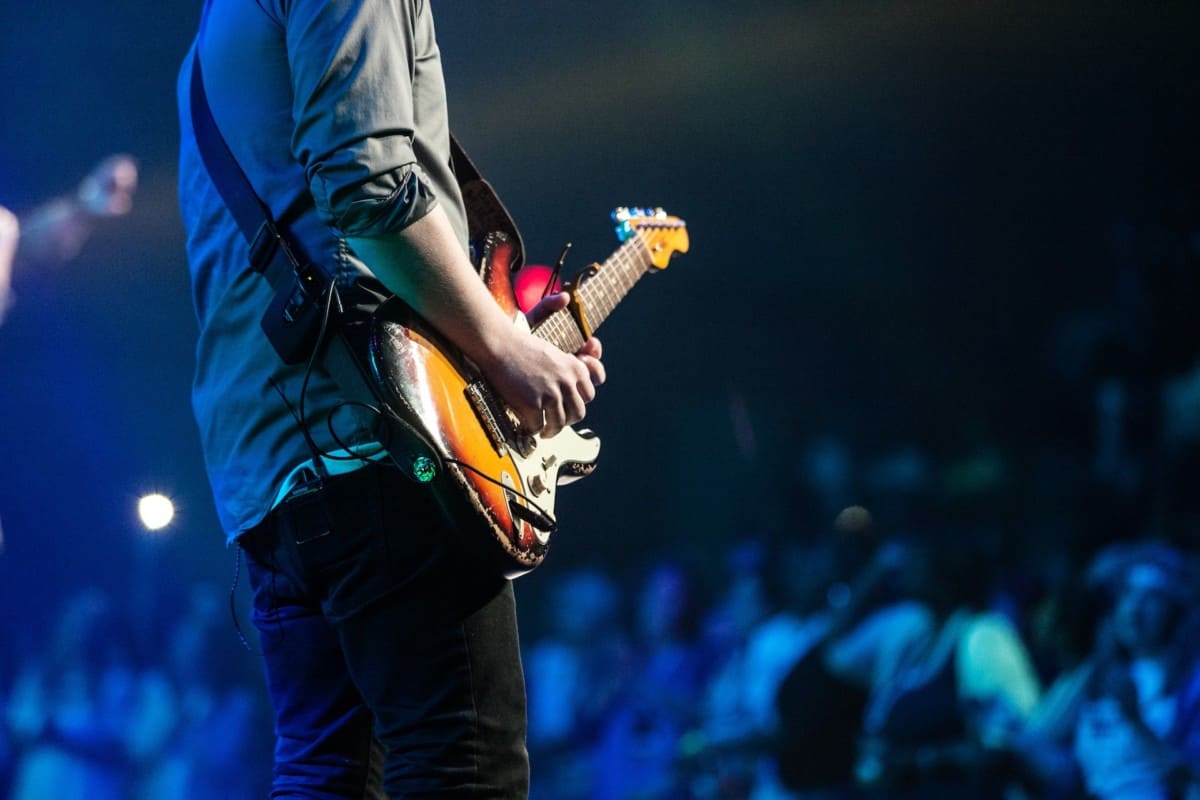 You will notice after some playing that you need a way to figure out how to play your favorite songs. If you want to learn a sure-fire method to learn any song you want to play, look no further! In this article, we will show you the best way to learn songs on the guitar.

This should be no secret: if you want to get as close to a song as you can, listening to the song you want to play over and over and carefully is key! How are we going to apply this listening? By listening to the chords, the melody, and the element in the song. Even when there are only 12 notes, all these components make each song unique! We will see further what to look for in the next steps.

These can be two different worlds completely since the tasks they do are different yet complementary to each other. This is very important to understand. Some people tend to minimize the job of the rhythmic guitar because it’s arguably easier. However, most songs would sound empty without one.

Since it’s particularly hard to do both on a single guitar (although not impossible), let’s choose what part we want to tackle and move on from there.

The main purpose of a rhythmic guitar is, as its name indicates, providing rhythm and harmony along with the bass guitar. Because of this, it’s necessary to be aware of the strumming patterns in the song you’re trying to play. Does the pattern repeat through the whole song, or is it just in a passage? How are the directions (up and down) combined in the pattern? Is it in all the strings or just a particular group? Is it long or muted? Can I simplify it or embellish it according to my skill level?

Certain strumming patterns are commonly used in each genre. For example, in grunge and post-grunge, it’s very common to hear a rather simple and strong down-up or down-down every beat. Listen to Zombie by the Cranberries, and you’ll recognize it.

You can learn more about strumming here.

Step 4a: Learn the chords and their variations by heart

The second most important role of the rhythmic guitar is voicing the chords in which the melody will rest. For this, it’s important to learn about the chords we can play on the guitar. There are different ways the same chord can be played with different octaves and starting either from the 3rd or 5th notes, also known as chord inversions. For example, most songs will sound just fine if you keep playing near the headstock. Still, if you were going to play a song from, say, Jamiroquai, you will notice that you can get a much better sound if you take those chords down the fretboard.

You can get a similar boost in your sound from the variations in chords. For example, let’s take two simple chords, Am and F, and let’s modify the second. Play the following on your guitar:

Such simple modifications, yet the result and the stories you can tell by changing a note are so different…

Step 5a: Look at every song by their chord progression instead

Once you get more used to listening carefully and feel more comfortable with chords, you’ll start to see the Matrix. Trust me 😉

What do I mean by this? Well, through chords, we set the canvas for melody. These chords usually build after the previous one in a way that they all make sense in a sequence. This is called a chord progression. What’s more, most pop and rock songs have fairly simple and cyclic chord progressions, which repeat themselves usually after 3 or 4 chords. To better understand this progression, we need to find the root, a.k.a the key, for the song. For example, in Don’t Stop Believin’ by Journey, the chords are as following:

Knowing that the key is E (most tabs will help you with figuring out the key), we can locate these chords in the major scale of E and get the following:

This is the chord progression for the verses in the song. Here’s a challenge: can you take this progression, put it in a different key, and find a song that uses it?

Step 3b: Get the riffs right, then twist them in your style

Now, this is the fun part for some, and with a good reason: the melody can be the most appealing aspect of a song. Some guitarists use their instruments and expertise to voice beautiful melodies! If you want to be able to play them, listen to them carefully, and help yourself with tabs. After you feel comfortable playing certain passages, you can even modify them as you like. But keep due respect to what makes the song unique in the first place.

Step 4b: In case of emergency, learn about scales

The “downside” of the lead guitar is that mistakes can happen more often than with rhythmic guitar. However, the show must go on! Practice your scales often so that if you get stuck or make a mistake when playing a melodic part, you can make something special out of it by filling a little and then getting yourself back on track. A useful scale to learn for this is the pentatonic scale. Most solos are based on it!

Step 5b: Don’t be shy to move around the fretboard

Notes aside (because you can find the same note in 2, sometimes 3 strings), have you noticed that tones down the fretboard have a slightly different feel to them that notes near the headstock? This subtle difference can add a powerful feeling to your riffs and soloing. Experimenting with different heights in the fretboard can also help you group your fingers better and react faster.

Step 6: Record yourself and put it all together

After you’ve mastered both aspects of playing a song, try recording yourself doing the rhythmic part and play the lead guitar on top of it! This is very satisfying to do, and it will help you understand and enjoy even more how the chords create the base for the story the melody can tell. I’m sure if you follow these steps closely, you’ll be able to learn any song on the guitar you want. You can even challenge yourself to fuse a bit of melody and rhythm, as most artists do when playing on their own. Happy playing!