How Do Electric Guitar Pickups Work? 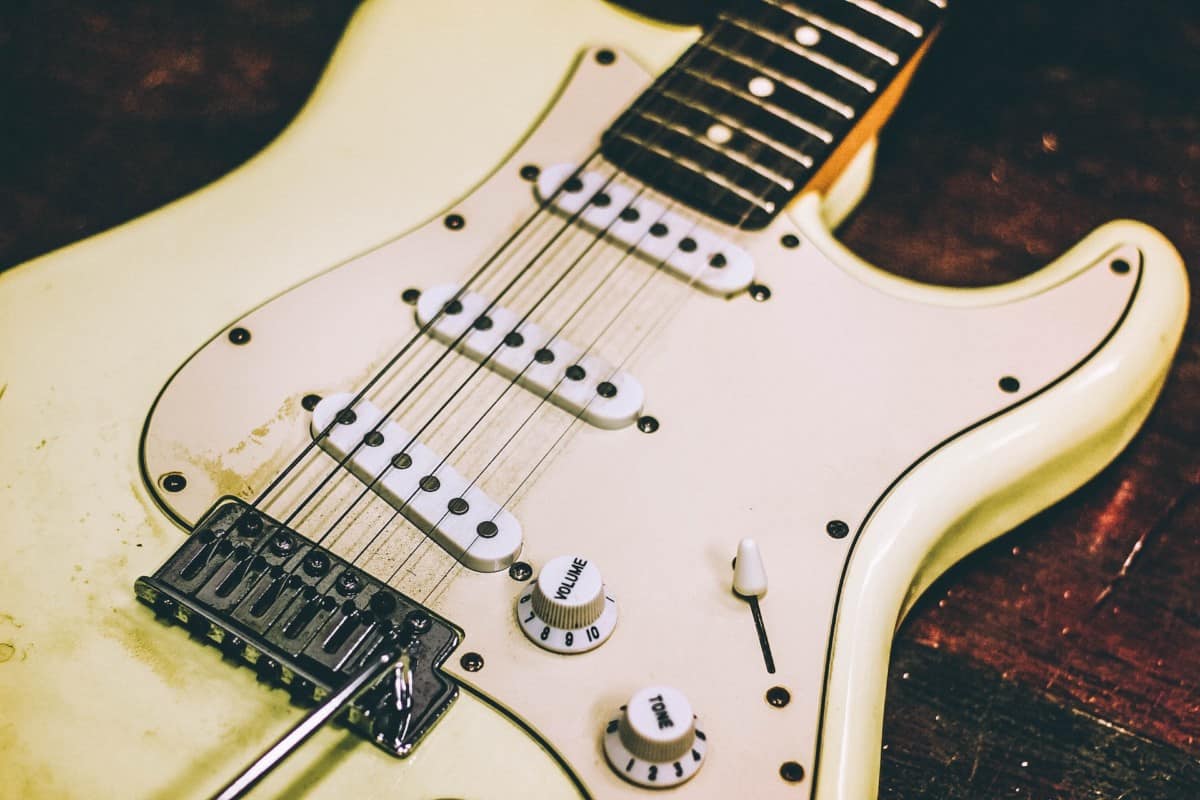 Our story began at the beginning of the twentieth century when guitar makers were looking for a way to amplify conventional guitars with the help of magnetic pickups. Out of this research came the Gibson ES-150, which was one of the first guitars with coil pickups.

When we play the strings of our guitar, they emit a sound that is picked up by the insulated wire coil of the pickup and converted into an electric current by means of an induction process. This current is transmitted to our amplifier by the cable that connects our guitar to it.

To better understand the induction process, we will say that if you wrap a coil of insulated wire around a magnet, an electric current generator is created. The magnetic field of the generator creates current when you approximate the vibration of a metallic material such as the one produced by the strings of our guitar.

Many people believe that an electric guitar needs a high power electrical current to send the signal produced by the strings to the amplifier. But this is not true since the cable that connects your guitar to your amplifier does not work with electric current with the power capable of generating an electric shock. Instead, this cable only transmits an audio signal by means of a weak electrical current that is incapable of generating any effect on a person touching the contacts of this cable.

Therefore, we understand that a pickup generates a weak alternating current (AC) signal, and it is sent to your amplifier via your guitar’s various electronic components such as potentiometers and switches. The amplifier takes this weak electrical signal and amplifies it through a series of gain stages, increasing the voltage so that it can become the sound that comes out through your amplifier’s speakers.

Of course, there is a difference in the sound you get from each type of these pickups. The sounds of these two types of pickups are very different. Single coils have a bright, defined, and clear sound. But they have the disadvantage of generating a background hum. To solve this problem and eliminate this hum, humbuckers were invented.

A humbucker is a pickup formed by two single coils, like those of a single-coil, connected to each other in a particular way, which makes the hum disappeared. But in addition to the buzz disappearing, the sound also changes. Making it less bright and producing a thicker sound. These pickups usually have more output, sounding louder when plugged into the same amp at the same volume.

There is also a difference in the sound you get from these pickups depending on where they are installed (neck or bridge). The neck pickup is usually used to get a solo sound, in the middle to get a cleaner sound like arpeggios and in the bridge to get a rhythm guitar sound. This is because with the neck pickup, you get a deeper and clearer sound for solos, while the bridge will allow you to get a higher and more harmonic sound.

How electric guitar pickups are built

Both the single coil and the humbucker are constructed with an insulated copper wire that is wrapped around a magnet. Copper wire of different calibers and different amounts of turns of the wire are used around the magnet, depending on the tone that is desired. In this way, the manufacturer of a pickup can change the tone for the design of different sounds in the pickups.

The coils that make up the pickups usually have between 6,000 and 8,500 turns of copper wire and can reach up to 11,000 in some cases. Magnets have a wide variety of shapes and sizes. A humbucker pickup is composed of two coils that are connected to each other so that they neutralize the hum produced by the alternating current (AC).

In a humbucker pickup, the two coils are connected according to magnetic polarity and electrical phase, thus effectively combining to filter out RF interference without canceling the output or sound of the pickup. There are humbucker pickups with different shapes, but they all have in common that they have two coils. The ones that look wider are simply because they have a protective housing that has the two coils underneath.

Any type of these pickups can be used for any kind of music. For example, BB King plays Blues with humbuckers, and Eric Clapton plays with single coils. Famous guitars such as the Fender Stratocaster or the Gibson Les Paul use both single coil and humbucker with or without cover.

The following list has some of the best electric guitar pickups in the market right now:

The choice of one type of pickup or another is a matter of taste and something very personal. You have to listen to both types of pickups and decide for yourself which one you like best.