How To Learn Acoustic Guitar Chords For Beginners 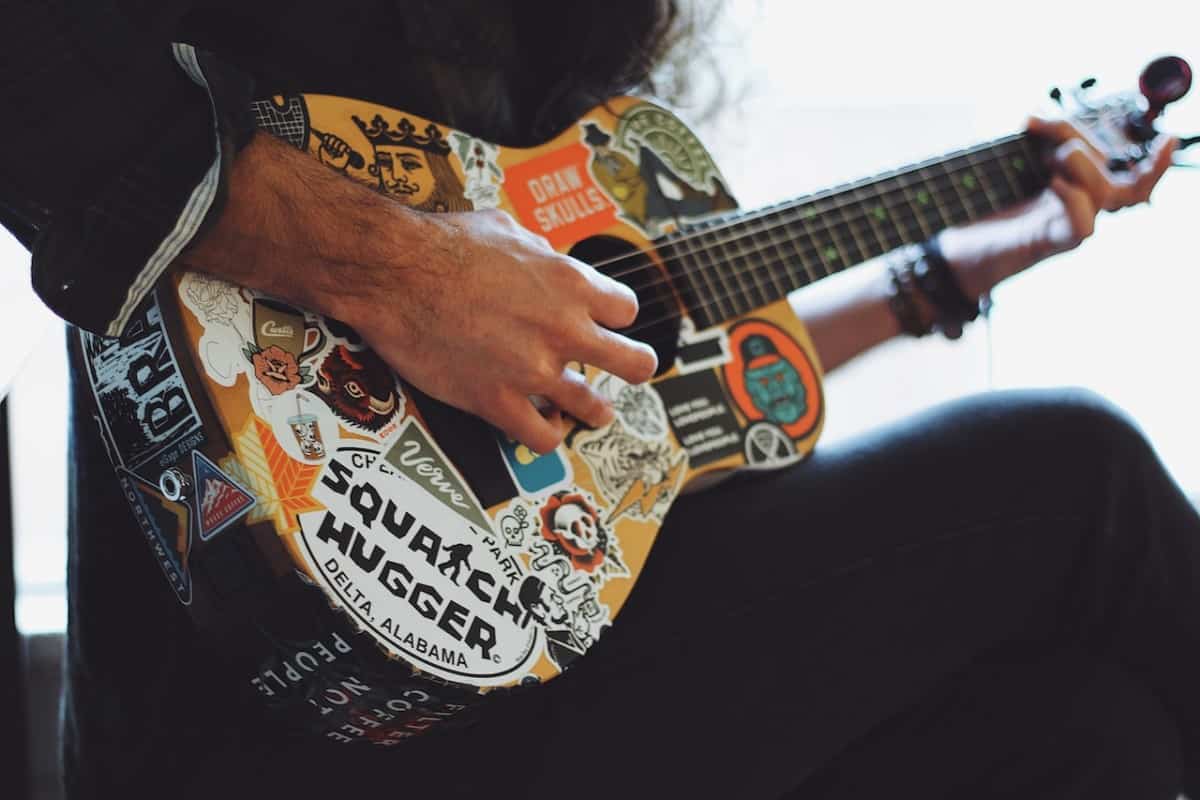 Surely you’ve read some of the articles we’ve left for you here at All Stringed. There you can see that we have come a long way through the world of acoustic and electric guitars. Along that way, we have tried to help our readers find the right guitar model for each one. If you have already chosen yours and you have decided on an acoustic guitar read on because we will teach you how to learn acoustic guitar chords for beginners.

Some initial tips for learning chords

Your first goal as a beginner will probably be to play some of your favorite songs. To achieve this goal, you need to learn to play at least a handful of chords. Learning the chords on an acoustic guitar requires some skill. The first contact with a large number of chords that exist can be overwhelming. It is best to start with the beginner chord forms, and progress to the more advanced and difficult chords.

One of the most common obstacles is starting with a very difficult chord and getting frustrated very early. Because it isn’t the best way to learn acoustic guitar chords for beginners. Of course, it will be good for you to learn as many chords as possible. But ideally, you should avoid guitar barre chords or those that require your fingers to be stretched too far. These are the most difficult for beginners.

Avoiding advanced chords when you are starting

I have already seen enthusiastic beginners try too difficult chords, and therefore being disappointed too quickly. When you’re starting to learn to play acoustic guitar, it’s best to start with songs that have only three or four open chords. That way, you can make sure you can learn to play one complete song. This way, you would overcome your first goal and play your first song without any problems. Here at All Stringed, we believe that beginners should set small goals, accomplish them, and then move on. This helps build confidence and develop tolerance to frustration. We’ve covered this topic before in this article.

Firstly we will try to start playing open chords on our acoustic guitar. These are the easiest for beginners and will allow you to develop enough strength in your fingers. Later you can move on to the more difficult chords to play. If you want to learn power chords on an acoustic guitar, you should go to this article. You will learn several types of chords, techniques, and tricks that will help you sound like a real rock star without the need for an electric guitar.

Starting with the open chords

Open chords are chords that are played with several open strings. They are the best starting point if you are a complete beginner. To play open chords like C, D, and G major, you only need to use three fingers. You will not need to use a guitar barre chord, and they don’t require much strength or dexterity in your fingers.

We will start with a very common chord group in contemporary songs; these are the C, D, and G major chords. With these three simple open chords, you will be able to play dozens of songs. You will have the ability to play one of the simplest chord progressions in music.

Next, I will teach you how to build the C, D, and G major chords. If this is the first time you are working with a chord diagram, I will explain how they work. The upper E string of your guitar represents the left line of the chord diagram. The diagrams are oriented with the low E string at the left and the high E string at the right.

How to play a D major chord

How to play a C major chord

How to play a G major chord

Some final tips to learn chords

It is important to keep in mind that you should not rush through the process of learning these basic chords. Any attempt to rush this activity will end up hurting your results. As with any activity in which you are developing your first notions, it is important that you take the time to observe the diagrams, watch carefully how you place your fingers on the neck of the acoustic guitar, and play each chord calmly, always trying to achieve the clearest possible sound.

As you practice each chord, it is important to memorize it. This way, you will save time at playing them, as they will become more fixed in your mind. Practicing an appropriate amount of time daily is the best way to ensure effective learning. I recommend an hour or two a day, but no less than half an hour a day.

If you manage to learn to strum your acoustic guitar (as we have taught in this article), you will be able to play some of your favorite songs. This will help you practice with more desire and commitment. I recommend that you try this and practice a small chord group with one song, before moving on to another chord group.

This is the better way on how to learn acoustic guitar chords for beginners. And this is better than trying to learn all the open chords before moving on to a song. Because that way, you won’t be practicing chord changes. This is an important technique, and it’s better learned by playing a particular song than several random chords.