An Acoustic Lost in a Sea of Electronics: What Kind of Guitar Does John Mayer Play 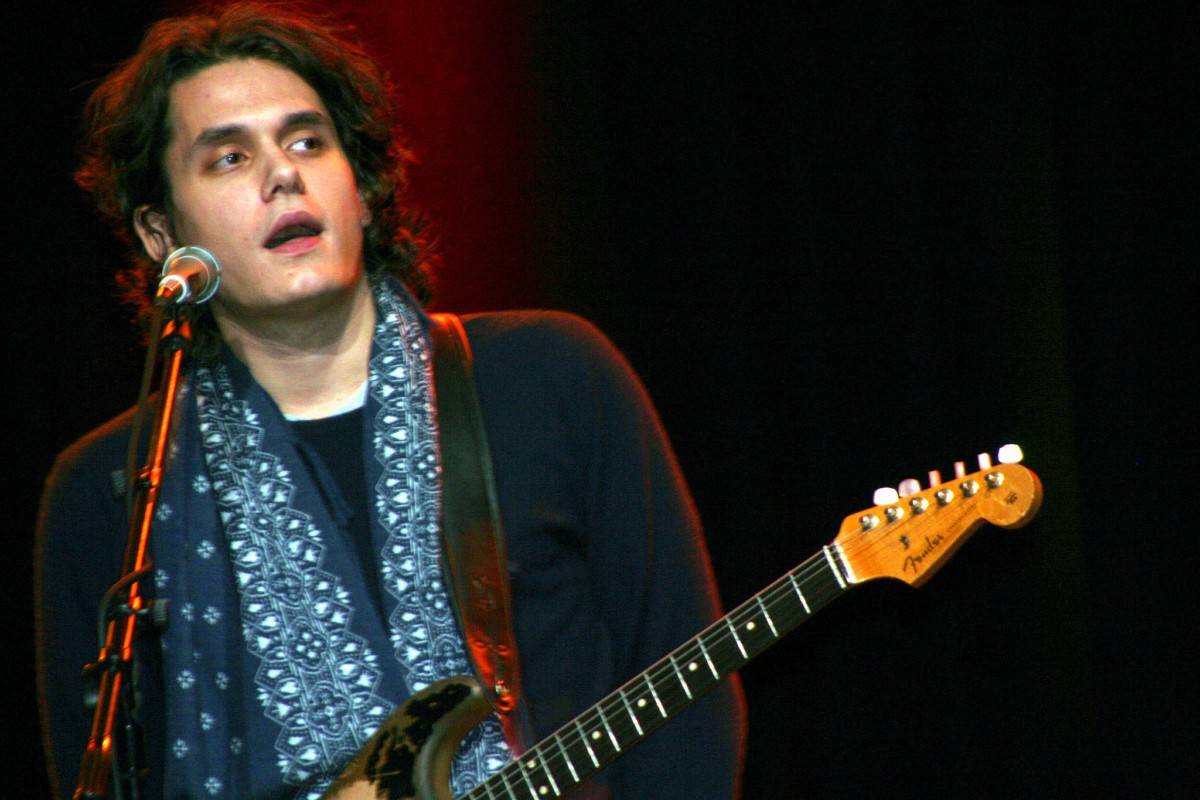 Sharing the stage with guitarists like Eric Clapton and Carlos Santana, John Mayer is remarkable for his “seasoned” pop approach. I even like that Mayer is aware (and happy) that his musical style is presented in a way that doesn’t trigger competition or debates in the guitar scene.

Having embarked on the same stage as the virtuosos who embraced him makes him a fellow virtuoso. I appreciate that Mayer doesn’t have the urge to pose a “challenge” on the level of techniques or music theory knowledge. He just succeeds in devising the crossroads where pop, blues rock, and soft rock coexist in harmony.

So, what kind of guitar does John Mayer play to render this 3-way equation possible? We’re going to delve into the ones closest to his heart.

Aside from acoustics, if you’ve never attended a concert for John Mayer before, let me tell you that he possesses a wide array of Stratocaster guitars. The reason for that is the nature of the single-coil pickups present in most Strats and Teles.

There are three of these pickups paired with a 5-way switch in a Strat. While bridge humbuckers in Les Paul guitars give off a bright sound, the neck pickup in Strats is the one that sounds more bright.

This gives Mayer the freedom to mess with the often-ignored middle pickup to explore that halfway between a warm and a bright tone. Now, let’s pick up the rare axes of John Mayer, starting with his acoustic gem.

Mayer revives his jazzy Berklee vibes in Japan, where he can be seen slapping his way through “Neon” on his Martin OMJM signature acoustic guitar. If you want to get acquainted with John Mayer’s style, check out Guitar Tricks for useful lessons. The OMJM is a revamped variant of his first acoustic signature model, the OM-28, and they both adopt the same construction.

Mayer excellently executes this slapping technique on his acoustic model thanks to the spruce top and the rosewood back. I deem this tonewood combination ideal for Mayer since spruce produces this “bell-like” tone we’re all familiar with in vintage models. The rosewood back and sides contribute to further enhance the tone warmth that he always appreciates.

RELATED: What kind of guitar does Lindsey Buckingham play?

Since Mayer resorts to the higher register to finger the complex chord progressions in “Neon,” Martin designed the OMJM’s sides to lock at the 14th fret instead of slicing a cutaway through the soundboard, which could alter the tonewood resonance of spruce.

The Ebony bridge has a drop-in saddle on top. Mayer prefers these saddles since the strings exert pressure to keep them in place, unlike the cut-through saddles. Moving up, you can see that the durable Ebony fretboard has an inlay that carries John Mayer’s signature on the last fret.

SRV has been one of the guitarists that later defined John Mayer’s musical mindset — he even had an SRV tattoo on his arm! The Stevie Ray Vaughan Stratocaster signature model is Mayer’s first “serious” guitar in his musical path since it provides the warm, bluesy tone that he employs in his tracks.

The SRV Strat’s body is constructed from a block of alder. If you aren’t familiar with alder, it’s a tonewood of medium-weight that offers a “flat” sound that sustains for long periods depending on the amp volume. Alder complements the bluesy nature of the low and mid notes by adding that slap-and-pop character to them. Even the high notes still embrace this crisp timbre.

The 3-color sunburst finish and the colossal pickguard add to the vintage feel of the SRV Strat. Luckily, we have a maple neck paired with a rosewood fretboard. Maple necks deliver authentic string vibrations without any sound coloration. You can see the gold-plated vintage tuning machines on the headstock, just like how Stevie Ray Vaughan left them!

In the middle, you’ll spot the 3 single-coil pickups with the 5-way pickup switch that Mayer admires. While phrasing solos, Mayer switches to the neck pickup to acquire the bluesy tone signature of SRV. To further tweak the timbre, this guitar has 2 knobs for adjusting the tone’s warmth and a master volume knob, which he uses for optimizing the sustain.

Mayer has been rocking his BLACK1 Stratocaster (with the same specs as the SRV Strat) until he retired from being a Fender artist. This accounts for his switch to PRS. Since we picture a Strat shape when we think of his music, Mayer has found refuge in Paul Reed Smith, with which he collaborated to mold the Silver Sky.

One look at the Silver Sky, and you’ll notice that the headstock shape and the fret inlays are the only elements that represent PRS’s unique traces. Other than that, the body perfectly resembles a Strat, being crafted from Alder. The 3 single-coil pickup setup and the 5-way blade switch also remain unchanged in the Silver Sky. However, there’s more to it, at least for Mayer.

Like most of us, Mayer also cares about how smoothly he can finger every fret and execute every exotic micro bend. The Silver Sky’s rosewood fingerboard has that “buttery” feel, which allows for an unbounded autonomy when shredding or playing solos with meticulous dynamics, like muted pull-offs and rapid legato sequences.

It just gives character to every note by imposing the dynamics that Mayer wants to incorporate. Since he doesn’t tolerate treble-heavy tones, Mayer and Paul have reached a compromise on that before finalizing the Silver Sky by tweaking the single-coil pickups to provide a warm tone that emphasizes mids and lows.

Various styles, same tone; that’s how a guitarist would sum up John Mayer’s style based on his rich guitar rig. Starting with a used SRV Strat that he bought after working for a while at a gas station, John Mayer has reinvented a listener-oriented genre that evades the snobbish guitar duels and focuses on pleasing our ears.

What Guitars Does John Mayer Use?

What Kind of Guitar Does John Mayer Play With Dead and Company?

How Good a Guitar Player is John Mayer?

Eric Clapton described Mayer as “a master guitar player.” This testimony still stands right to this day as you can see John Mayer incorporating some sophisticated techniques into his repertoire, like slapping, fretting notes with the thumb, and chords over licks simultaneously.